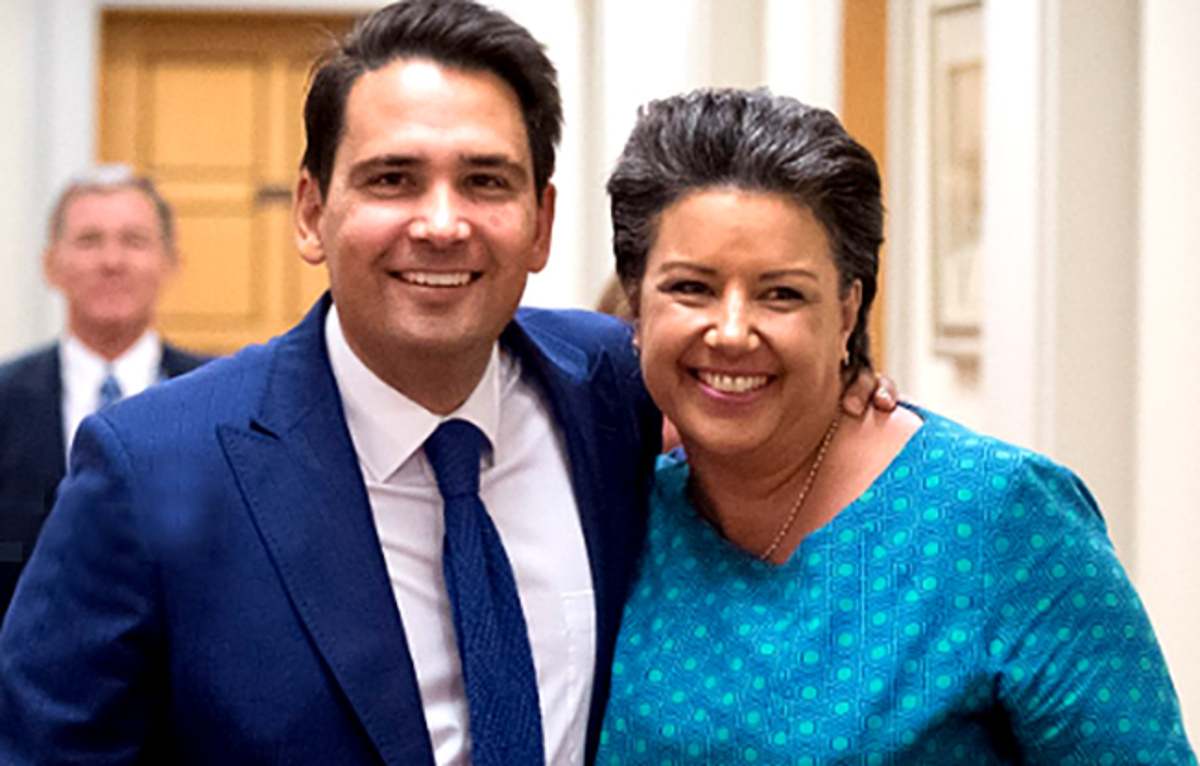 Credibility is always such a fickle, unstable element in politics. You know it when you see it, though. In January a US publication called The Journal of Political Marketing featured a (paywalled) article called “What Does Credibility Look Like?” in which two American academics grouped the attributes of political credibility into (a) “the performance-based traits of competence and strength” and (b) the “interpersonal characteristics of warmth and trust.” In brief, they concluded that credibility came down to “expertise” on one hand, and “trustworthiness” on the other.

By the time the 2020 election rolls around, voters will have enjoyed a further two and a half years of exposure to the administrative expertise of Jacinda Ardern and Simon Bridges, and to their capacity to generate feelings of trust. Inevitably, gender will play a role in that evaluation. For female politicians, the unfortunate reality is that their expertise tends to be positively equated with ruthlessness, not with compassion: thus, we have the Crusher (Judith Collins) the Iron Lady (Margaret Thatcher) the Steel Magnolia (Cory Aquino), and of course, Helengrad. While Angela Merkel may seem an exception, it should be recalled that her public compassion towards Syrian refugees is commonly described as the worst political mistake of her career. There is simply no (successful) female equivalent of John Key, whose bouts of flakiness were treated as part of his ordinary guy charm, and not as a reflection on his expertise.

Jacinda Ardern doesn’t do ruthless. Not yet, anyway. Last year, Jacinda-mania was incited almost entirely by her interpersonal skills and a general image of her being a straight shooter. Such qualities do not easily transfer to the daily grind of the bureaucratic processes of government. Of late, Ardern’s sympathy for those seeking to end the planet’s dependence on fossil fuels has clashed with the necessity to allow the bids for oil exploration blocs to run their bureaucratic course. Similarly, the sympathy that Ardern and Finance Minister Grant Robertson have expressed for the pay claims of nurses has clashed with the requirement that those pay negotiations (already in train) between DHBs and nurses must be allowed to run their course. The intention may have been to signal sympatico; it looked more like indecision, or (even) bad faith.

It doesn’t help that the alternative route of riding roughshod over the procedures in place, would have invited a different kind of criticism – that Labour is naturally authoritarian, and hostile to business. The downside however, has been that Ardern’s image of trustworthiness has been somewhat tarnished– and for little or no gain in brownie points on the expertise front.

This kind of turbulence may only be temporary, in that some of it has been a by-product of the relatively brief period since the transition from National to Labour. Yet finding the right balance between competence and compassion in government is never all that easy. With John Key, his foibles on that front were balanced by the stolid figure of Bill English. Ardern, unfortunately, has a far more mercurial deputy in Winston Peters and a Cabinet wild card (Shane Jones) not renowned for being a team player. Compared to what Ardern has to manage, the Key/English regime was an administrative cake-walk.

To remain successful – and to avoid her baby-related temporary departure from the political scene looking like a retreat – she will need to lead decisively on her return. Labour’s habitual tendency to fall into a defensive crouch when criticised, could be fatal to its fortunes if it is allowed to be carried over into government. Given the extent of the social and infrastructural deficits it has inherited from National, Labour has to display the confidence of its convictions, and trust it can take the country along with it.

Simon Bridges has credibility issues, too
Sadly, gender gives Simon Bridges a head start on the ‘expertise’ aspect of political credibility. Trust, on the other hand, could prove to be his Achilles heel. As Transport Minister, Bridges had a rocky time of it after allegedly blocking the release of Kiwirail information and did himself no favours here before the Ombudsman eventually bailed him out here.

Also, there was this major problem: Three of the 10 bridges promised by the National Party two years ago shouldn’t or can’t be built and there are no firm plans for three others, NZ Transport Agency documents show….. Labour leader Jacinda Ardern was asked at a meeting with school children in Kaeo today what had happened to the promise. “I’ll ask Simon Bridges about the bridges,” she replied.

This astonishing interview with John Campbell was a memorable train wreck for Bridges during his time as Energy Minister:

As recently as last month, the slipperiness and the blustering were again evident during his Nation interview with Lisa Owen. (See especially, his comments on prisoner voting at the 14.01 mark.) The fact Bridges got the law wrong on whether prisoners can vote was widely written off as being a minor gaffe, and of interest only to policy nerds. Yet the more one looks at his comments to Owen – and especially in light of his major contributions in Hansard at the time the legislation was passed – the more peculiar his ignorance of the current law seems to be. Bridges, remember, used to be a lawyer, and criminal law was reportedly his forte. Meaning : this subject was in his area of interest before he became an MP, and he’d played a prominent role in achieving the law change involved. How could he get it so completely wrong?

Brief backgrounder : from 1993 until 2010, only those prisoners jailed for over three years lost the right to vote. In 2010 however, National backbencher Paul Quinn successfully championed an extension of this ban to all prisoners. As Hansard (November 10, 2010) shows, Bridges was a steadfast champion of Quinn in Parliament, in helping him win this law change. These quotes show just how aware Bridges was of the law change being proposed, and how keenly he supported it. For example (page 15189):

Simon Bridges : The Electoral (Disqualification of Sentenced Prisoners) Amendment Bill is a worthy bill from a great citizen of New Zealand, Paul Quinn. What a great citizen of New Zealand! He has done a lot of good things in his life. Some other members are saying this is his finest hour, but I have a feeling he will get comfortable in that green chair over there….If Paul Quinn is in Parliament, he will be in my Cabinet.

Simon Bridges : Labour members are soft on crime. They want criminals to vote….[Voting] is a right that people have gone to war for, have fought over, and have shed blood over.,,It is a right that has to be jealously guarded. Should we give that precious right to vote that people have gone to war over to serving prisoners who have done something exceptionally serious? As a society, we have decided that we need to incarcerate these people and keep them inside. Should we then give them the vote? Labour is on the side of the criminals in this. Labour says that we should give criminals the vote…maybe it is old fashioned, but I do not want these people inside, who have been incarcerated, to have the vote..I think we are on the side of the angels here, and Labour is on the side of the criminals…”

And so on, and so on. Bridges’ speech and subsequent interjections were prime features of a debate that stretched over nearly ten pages of Hansard, before the Quinn Bill got passed into law. (None of the arguments put forward by Jacinda Ardern and Grant Robertson, that retaining the voting rights for prisoners who had been jailed for relatively minor offences could be a positive step towards their rehabilitation and social re-integration, cut any ice.)

Yet astonishingly…during the February 2018 Nation interview, it was as if none of this had ever happened. To Owen, Bridges claimed that it was National’s position that only those imprisoned for more than three years could not vote. How could a significant law change that he had fought for so passionately – and against the legal advice of his colleague and Attorney-General Chris Finlayson – have so entirely slipped his mind? Neither the cock-up nor the conspiracy explanation do much to inspire the public to have confidence in his expertise, or to trust him on a personal level. How could he invoke the spirit of Anzac and the blood shed by our troops, to support a cause that he then entirely forgot?

In all likelihood then, National will be fighting the 2020 campaign on the government’s (lack of) expertise, and Labour will be fighting it on Bridges (lack of) trustworthiness.
Footnote : Can there be a better metaphor for National’s nine years of government than this morning’s RNZ report on the rot and dangerous mould in the walls of the children’s hospitals in Auckland ?

Eternal Sunshine Dept.
Since credibility and responsibility issues have been on everyone’s minds of late, here’s a track the Labour Party mandarins could maybe consider for their next soiree for the nation’s youth, in 2019…

Talking of authority and credible excuses… Early last month, the online world was suddenly full of ingenious remixes of the famous Simpsons scene in which Seymour Skinner invites his boss Gary Chalmers to dinner, and then serves him ‘steamed hams’ from Krusty’s burger bar across the road, because he’s burned the roast.

Incredibly, the scene has been remixed as anime, re-enacted with clips from Seinfeld and X Files, re-done 11 times at once at different speeds, re-voiced with every fifth and seventh word replaced by the words “ steamed hams,” re-shot as a Custom Guitar advertisement, re-enacted as a scene from Pulp Fiction and Twin Peaks and Blade Runner 2049 and Star Wars, had the voice track translated into Hawaiian (or Chinese) by Google Translate and then back again, got re-done as an Osu ! Beatmap, or as Pink Floyd would have played it on Dark Side of the Moon, …among dozens of other renditions. (It has been done in bad 3-D, in bad RPG, as a Super Mario game, as a VHS cursed with inexplicable dropouts etc etc etc)

In sum, February’s ‘steamed hams’ outbreak was a great example of what the internet does best ie. the unnecessary done ingeniously, and infinitely. Watching these clips one after the other can take you to a very strange place, so here are only a couple of favourite examples. First the steamed hams sequence as it would have been rendered by the French New Wave :

Then done as an anime :
And finally here’s the Blade Runner 2049 example :