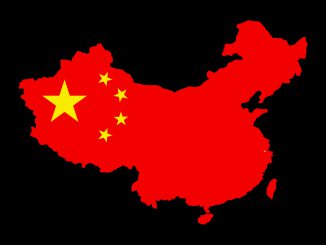 In New Zealand, trade is viewed solely through the lens of the economy, alone. Other countries – our friends and rivals alike – regard trade deals from a far more sophisticated mindset (as an adjunct of diplomacy and defence) and proceed accordingly. From the moment the Obama administration joined the original Trans Pacific Partnership for example, the US viewed the TPP as a tool to contain China – economically, politically and militarily. (That’s why Obama’s Defense Secretary Ash Carter once said that the TPP was worth as much to him as a new aircraft carrier.)

After Donald Trump exited the TPP, Japan took over as the main driver of the TPP-11 trade pact, and for much the same reasons. Primarily, the TPP 11 deal provided Japan with a means to preserve the post-war regional status quo and put a brake upon China’s economic, diplomatic and military expansion. In 2018, is it really such a great idea for New Zealand to align ourselves automatically with Japan and the US in this aim?

Basically, we’ve been a cheerleader for a trade bloc that’s been pursued largely to enable the US and Japanese to compete with China for influence within the Asia/Pacific region. Given the miniscule amounts that New Zealand stands to earn from the TPP 11 deal by 2030 it hardly seems worth the diplomatic cost involved.

Unfortunately, New Zealand seems to have no idea about how to go about making a balanced assessment of such matters. Once we get past counting the nickels and dimes we stand to gain from the TPP 11, our political and corporate leaders tend to fall back into chanting the mantras of ‘free’ trade. It’s a faith thing. Meanwhile, we just can’t seem to engage with the geo-political implications of our trade policies.

Even the long and bitter arguments waged here over the investor state dispute settlement (ISDS) mechanisms have had a purely internal focus. Almost exclusively, we have defined the sovereignty issues involved in terms of how the ISDS measures will infringe on the power of New Zealand governments to regulate domestically on health say, or on the environment. The geo-political implications of the trade deals New Zealand has pursued (eg for our defence and foreign policy alignments ) have tended to sail straight over our heads.

That’s one reason why the Ardern-led delegation to the Pacific is spending its current trip (a) evading questions about China’s funding of the development needs of small Pacific nations (eg Samoa) that we regard as being in ‘our’ sphere of influence and (b) living in denial that we are in competition generally with China, for influence in the Pacific. There is, of course, another option : why don’t we explicitly seek to partner with China in the delivery of a joint policy towards small Pacific nations? China has the money, we have the contacts forged over time. Sure, the United States and Australia wouldn’t like it – but these days, the US is merely a ghost that is still somehow haunting what passes for our strategic approach to the Asia-Pacific region.

The current lack of coherence – China is our main trading partner, but we rush to join ‘trade’ pacts that seek to constrain China – is pretty strange, and is about to get stranger. As Trade Minister David Parker heads off to Chile to sign the TPP 11, the next phase of the China-baiting strategy is already clicking into place. Here’s how that is panning out….

Are We Friends of the Quad?

Briefly… back in 2013, China launched its huge multi-billion Belt and Road infrastructure project (which aims to build global transport and trade links across some 60 countries) as the centerpiece of its bid for regional and global influence.

True to form, Japan – while itself actively bidding for Belt and Road contracts – is now trying to revive a rival infrastructure plan called the Quadrilateral Security Dialogue (aka as the Quad) which aims to bring Japan, India, the US and Australia together in competition with China.

So far, the Quad is a club that hasn’t invited New Zealand on board, although presumably over time we could be included by our friends across the Tasman, as a junior player. On past performance, we will be more than happy to cheerlead for the Quad in the meantime – while simultaneously professing our keen interest to China of pursuing Belt and Road contracts with them. It would be nice to think these options (Belt and Road or the Quad?) will not be debated solely in terms of their potential economic returns to New Zealand, while we leave all the diplomatic and military implications for other countries to decide. (What role, if any, does MFAT play in choosing between such options?)

Footnote One: The strategic role of the Quad is discussed in this March 2, 2018 Japan Times article (“Is The Quad The New Trump Card?”) available here. It is also discussed in this February 19 article excerpted from Bloomberg News available here. Here’s an Australian viewpoint on why reviving the Quad may not be a great idea and here’s why India thinks it might be a good idea, and a useful way to constrain China.

Footnote Two. Do we really, really want to be Friends Of The Quad? The wider foreign policy dimensions of the TPP 11 trade deal were spelled out in this Foreign Policy article last month:

Japan, faced with the abrupt disengagement of an inward-looking United States under President Donald Trump, now finds itself playing the leading role in pushing back against China’s grand plans to extend its influence throughout Asia and into Europe.

[Japanese Prime Minister Shinzo]Abe appears to be embracing this role….In 2016, he launched his own version of a development and security plan for Asia, designed as an explicit alternative to China’s vision. That includes a deliberate focus on building “quality” infrastructure, a dig at the perceived flaws of Chinese-built projects. “These trends were around before Trump,” said Robert Dujarric, the director of the Institute of Contemporary Asian Studies at Temple University Japan. But they’ve been kicked into overdrive in part to “compensate for a lack of U.S. leadership,” he said. Dujarric called Japan’s central and surprising role in salvaging the TPP, even without U.S. participation, “exhibit A.”

With the TPP 11 deal a virtual fait accompli, maybe the policy boffins at MFAT should now pull back, and judge afresh just how far out on a limb New Zealand should be going with Japan in these kind of trade-as-diplomacy endeavours. Because with the US gone AWOL, there really is only one game in the Pacific, longer term – and its not the Japan that we lined up with on the TPP 11, in order to improve our access to its beef markets. Nor is it the US, for the foreseeable:

Japan — saddled with a sluggish economy, massive debt, and an aging and shrinking population — simply doesn’t have the economic or diplomatic resources to replace the United States in Asia, Dujarric said. That could limit its role to a very valuable firebreak, until Washington sorts out whether it really wants to retreat, or re-engage, with the world…

Here’s a point we could profitably discuss in the meantime … when we line up with trade deals and infrastructure plans that have China as their avowed target, do we increase, or decrease, our ability to convince China to act less aggressively in the South China Sea?

This recent track by the Canadian singer and producer MorMor (real name Seth Nyquist) has a moody, hypnotic quality, despite its very familiar components. The general ambience is extremely chilly (“You could kiss the lips of fate/the less we know the less it drains us”) but somehow oddly re-assuring, despite the accelerating sense of dread. All up, an enticing taster for his upcoming album.