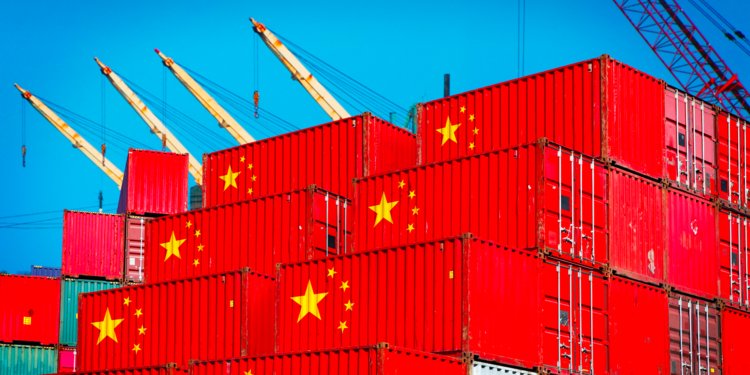 As things currently stand, the White House has NOT included New Zealand on its list of allies whose steel and aluminium exports to the US will be exempted from US President Donald Trump’s recent hike in tariffs.

Given that the tariffs in question have been imposed under section 232 of the 1962 US Trade Expansion Act (whereby the national security of the US is supposedly at stake) this American failure to treat New Zealand as an ally is historically significant. After all, our troops have fought and died alongside the US in every major global conflict – the two world wars, Korea, Vietnam, Afghanistan etc – for the past hundred years or more.

We have also been (to the point of self harm) a country wedded to free trade and open borders. For its pains, New Zealand has still ended up on the enemies list at the Trump White House.

This morning though, those steel and aluminium tariffs have been eclipsed by the $50-60 billion package ( the amounts vary) of trade sanctions that the US says that it plans to levy against China – for its allegedly unfair trade practices, theft of intellectual property and impact on American jobs. There are fears of a tit for tat response by China, against US products. In 2016, China was the third biggest market for US exports.

Boeing airplanes, US high-tech componentry and US farm exports (eg soybeans, sorghum and pork) would probably be first in the firing line of any Chinese response, for both political and economic reasons. Sorghum production for instance, is concentrated in states that voted heavily for Trump in 2016. Yet for now, the headlines about an imminent trade war with China may be overly dramatic :

Under the terms of the memorandum, Trump will target the Chinese imports only after a consultation period, a measure that will give industry lobbyists and legislators a chance to water down a proposed target list which runs to 1,300 products. China will also have space to respond to Trump’s actions, reducing the risk of immediate dramatic retaliation from Beijing, and Trump struck an emollient tone as he started speaking. “I view them as a friend,” he said. “We have spoken to China and we are in the middle of negotiations….”

Even if we are merely in the “phony war” phase of a trade war, the rhetoric is still unsettling. The “intellectual property theft” accusation against China would also be open to retaliation, as the Strait Times pointed out in its summary of the US goods that China might choose to target:
The purpose of the investigation [into Chinese trade practices] by the US Trade Representative’s Office was to shield the intellectual property of American companies, a key concern in Silicon Valley. But US tech companies are also vulnerable to retaliation, especially companies such as Apple and Intel that have manufacturing operations in China.

Where did this come from ?
The recent White House policy on trade has been fashioned by Trump, his key economic adviser Peter Navarro, and the US Trade Representative Robert Lighthizer. Globally, there would be few observers who would disagree with this triumvirate that China’s track record on currency manipulation, worker safety standards, environmental protection and respect for intellectual property has been reprehensible. But the White House response has been shaped by Peter Navarro’s worldview – which appears to regard trade as being solely a zero sum game, whereby the likes of China and Mexico are the winners, and the US is always the hapless loser. As Adam Davidson pointed out two years ago in his profile of Navarro, this is not how the world works:

The phrase “zero-sum game” is a powerful one in economics; it refers to a situation in which one party to a transaction can only gain if the other party loses. This is in contrast to most other market transactions, in which both parties can be made better off by exchanging with each other. For Navarro, the U.S. is a loser—a passive victim, whose prosperity is in the hands of the leadership of China and Mexico. His solution, much like Trump’s, is for the U.S. to threaten to impose a massive tariff on all Chinese imports. But I have never heard any public-policy expert make claims like Navarro’s: that trade is the central problem in the world, that trade brings mostly pain to America, and that dramatically lessening trade will bring a renaissance to our economy.

For one thing, China has quite a few other options. The US can only win a trade war with China if it has allies who act in concert with the US. As yet, Trump has shown little interest in building such a coalition. In all likelihood then, unilateral US action would ultimately be self-defeating, and especially given the role of China as the world’s premier growth market. As Davidson added, even back in 2016:

China already trades more with the European Union than it does with the U.S., and would shift its trading strategy even more decisively away from us. It is hard to find a major American exporter who doesn’t see China as its most promising area of growth. A trade war would shatter General Motors, all of Hollywood, the music industry, Boeing, and the entire state of Washington, which exports more goods to China than any other.

In essence, the Trump trade strategy is one that appears to be based on nostalgia, whereby tomorrow’s trade wars are being expected to create a better yesterday:

Navarro and Trump also assume a manufacturing universe that no longer exists. American manufacturers have shifted away from making lower-cost commodity goods and focus, instead, on more expensive, complex products, like medical devices, automobiles, and airplanes. All of those goods require a steady input of smaller, commodity components like screws and circuit boards that are made in China and other countries. Some companies might react by beginning to manufacture those lower-cost commodity products domestically, but it seems unlikely that many manufacturers would do so. A huge tariff on China wouldn’t suddenly force Vietnam or Mexico or, for that matter, Germany or Japan to reduce their global competitiveness. Indeed, they would see it as an opportunity. Multinational corporations considering leaving China would face an easy choice: they could re-invest in the U.S., in the midst of a unilaterally created trade war, or they could invest in any other country on earth and have access to the U.S. and global markets.

Finally, is China the real villain here? More so in the past, surely, than at it is at present. No doubt in the 1990s and early 2000s, cheap imports from China (combined with its prior readiness to artificially depress its currency in order to secure trade advantages) did destroy US manufacturing jobs, and did depress wages. Yet as wages and production costs have risen in China that impact has lessened. All along, there have been key domestic drivers at work within the US job market, too. Davidson, again:

Workers have been displaced by technology and discouraged from getting more education because of the rising cost of public universities. Democratically aligned economists point to weaker unions, a low minimum wage, a lack of infrastructure spending, and a series of congressional and Supreme Court actions that shift bargaining power away from workers and toward corporations. Many traditional Republicans believe that regulations and taxes prevent investment that could lead to more jobs. There is enormous disagreement about the proper response to global trade. However, pretty much every economics scholar would observe that the United States is hardly powerless against China and that the fundamental solutions to adjusting to a global economy are domestic ones. We have, within the United States, all the power we need to improve our education system, to help workers transfer to more promising industries, to invest in infrastructure, and to improve worker bargaining power.

Exactly. Trump has no appetite for those kind of domestic solutions. He seeks foreign villains, and China has played that role usefully for the West since the days of Fu Manchu. As for China, the trouble with centralizing power – as China’s strongman Xi Jinping has recently done – is that you can’t blame anyone else (at home) if things turn out badly. China – like Putin – will blame the outsiders. Still, Xi has good reason to want to avoid a trade war, given that the Chinese economy is still dependent on exporting, and far from completing its transition to domestic consumption.

New Zealand, for its part, has every reason to be concerned by the confrontational rhetoric though, given our own dependence – from the GFC onwards –on China’s appetite for our exports.

The graphs that chart the comparisons between the political allegiances of among the different generations (millennials, Gen X, boomers, silent generation) say it all.

In the Silent Generation, women are 8 points more favorable to Democrats. Among boomers, it’s 10 points. Among Gen-Xers, it’s 11 points, and among millennials, it’s 21 points. That’s driven by what seems to be an explosive change in millennial women’s political sentiments over just the past two or three years even while most other groups’ views have stayed relatively stable.

In New Zealand, the same trend among women voters,
and the young, was evident before the last election.

Talking about Trump, walls, and the Chinese, brings this classic 1980s cut to mind