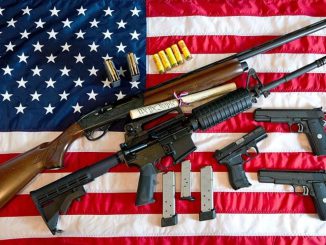 Gun ownership in the US is a mystery to New Zealanders, and so is the constitutional fetish that surrounds it. However, the attitudes involved are not static and unchanging, even if it can feel that way in the wake of each new gun atrocity. Yes, the Second Amendment right to bear arms and create militia – in order to stop an armed government from abusing basic freedoms – goes back to the Founding Fathers. But the US gun stats (and related attitudes) differ by age and across urban v rural communities, with different motivations at the core. And yes, the NRA has some reason to be worried by the current trends. (See below.)

For starters, the motive for grandpa owning a hunting rifle or shotgun is not the same as the motive for the guy in the suburban condo owning an array of assault weapons. Most older gun owners came to gun ownership and gun use via hunting, and they retain a nostalgic attachment to the outdoors life the gun signifies. For such people, gun use preceded ideology. There’s a different issue involved – and the politics play out differently – when an ideology of ‘self protection’ (and a related hostility to any form of government) preceded gun ownership, and gun use.

That’s when the politics come in. Here and in the US, the attempts to promote gun safety via tighter laws on acquisition and registration are commonly portrayed as hostility to the romantic lifestyle of the outdoors – even if many of the gun owners concerned have barely set foot in the wild. In fact, the US gun industry began to push military-style semi and fully automatic military weapons expressly in order to counter the decline (that began in the 1970s) in the sales of the rifles and shotguns formerly associated with huntin’ and shootin’. That’s the problem. Routinely, the gun lobby decks itself out in pastoral idylls, while pandering to the paranoid.

What got me thinking about it was coming across this graph, which indicates a 25 point gap exists in gun ownership in the US between millennials, and their boomer and silent generation forebears. Currently, millennials seem to be markedly less likely to own guns than their parents/grandparents, though the graph line for them is rising, but from what is still a significantly low base. Yet – and this is a related issue – while fewer Americans are owning guns, those that do own more of them.

Incredibly, those US households with guns have eight of them, on average. Or, to put that chilling reality in a different way, about three per cent of the US population owns half of the civilian guns in the nation.

That three per cent figure still represents about 7.7 million people, and they’re estimated to own between 8 and 140 guns each.

You can see why the NRA may be worried about that anti-gun march in Washington that’s being planned for late March, by the Florida kids who survived the latest major US school shooting. The NRA’s customer base is relatively concentrated, and it is weakest among the young. The NRA should also be worried about how quickly the social tide turned against smoking, which was a far more universal habit, and physically addictive to boot. The county, state and federal politicians that the NRA used to openly fund as protection for its activities, will be pressured into regarding the organization as being politically radio-active. And if the NRA can no longer buy Congress, its influence will wane accordingly.

For now, the current US President, Republicans and southern Democrats can be relied on to defend the existing gun freedoms to the hilt, but 2018 offers ideal opportunities for racheting up the pressure. After the anti-gun march on Washington next month, the movement can move on to make gun control a key factor in the midterm elections.

Footnote. And the NZ situation? We may not have the Second Amendment as a rallying point, or have such a widespread level of paranoia about the actions of the state, although there is a small (and vocal) pro-gun minority here who do seem to think they’re living in Alabama. By and large, the tension here seems to be more between gun-owning freedoms on one hand and criminality on the other. The prevailing situation was highlighted recently by Police Association Chris Cahill in these terms:

Fifty-five thousand guns are imported to New Zealand each year, and conservative estimates place the number of guns owned in NZ at 1.5 million – 14,000 of those being semi-automatic weapons. The police union wants greater accountability under the law and a way to track gun ownership, Police Association President Chris Cahill says… A register needs to be created before New Zealand has a gun related tragedy. “At the moment we don’t have any idea where the vast majority of firearms in New Zealand are,” he said.

So we’ve got about 14,000 semi-automatic weapons out there. In case anyone feels the need to machine gun a deer.

The race goes on

Steven Joyce is now a leadership contender, making it five in all. Enid Blyton fans within the National Party will be hoping and praying their leadership contest turns out more like Five Have a Wonderful Time (1952) than Five Get Into a Fix (1958.) Still, after the vote is held at next Tuesday’s caucus meeting, party members can take some comfort from the fact the last book in the series was called Five Are Together Again… Its pretty easy to spot equivalents of Julian, Dick, Georgina, Anne and Timmy the dog among the contenders. Headstrong Georgina (aka Judith Collins) thinks brave little Timmy (aka Mark Mitchell) is the best dog in the world.

As the candidate with the lowest public profile, at least Mitchell can market himself as the one least likely to be blamed by voters for National’s past performance, come 2020. “Mark Mitchell – Least to Blame” is a campaign slogan worth pondering. Apparently, his skills include hostage negotiation, which could be handy if the banks continue to hold the country to ransom.

There’s that very well-known quantity, Judith Collins. And there’s former Cabinet work-horse Amy Adams, who is wanting us to know she’s not all about the work, but the vision and the fun, too. She has friends, even.

And finally there’s Simon Bridges, the Prince of Tauranga, who – take that, Jacinda! – already has a young family, don’t you know. Plus, he does barbecues.

Bridges can clearly outnumber the Ardern/Gayford team efforts on the family front, come 2020. Yet to repeat: who would really, really want a job which by each passing day looks less and less like a winnable proposition.

For the ambitious with no realistic career expectations beyond 2020 – Collins, Joyce, Mitchell – this is the Last Chance saloon. Thus, the real race may be for the deputy slot, which offers exposure, no ultimate blame, and the potential for a second shot, come 2023.

Footnote : At circa 16 minutes into her press conference yesterday available here, PM Jacinda Ardern was asked by a male journalist for a response to the ‘distinct possibility’ that the 2020 election may be ‘female v female.’ Patiently, Ardern replied that this shouldn’t be noteworthy, should it? Last year, she added from between only slightly gritted teeth, New Zealand had faced an Andrew Little v Bill English contest, and the country ‘hadn’t been aghast’ at that prospect. ‘So I hope we get to a point where it is something not really of note.’ Exactly.

And the winner loses all…

After you’ve thrown your hat in the ring, this classic weepie by the great George Jones tracks the psychic costs involved:

Now the race is on and here comes pride up the backstretch
Heartaches are going to the inside
My tears are holding back
They’re trying not to fall
My heart’s out of the running
True love’s scratched for another’s sake
The race is on and it looks like heartaches,
And the winner loses all…

On another track altogether, Tinashe (her dad is a college professor born in Zimbabwe, she’s now 25) has long been one of the most striking of the new r&b divas, as evidenced on tracks like ‘All Hands on Deck,’ ‘How Many Times,’ and ‘Worth It”. This smoothly sensual single from her upcoming album re-unites her with the Atlanta rapper Future, but this time, it’s strictly her show.