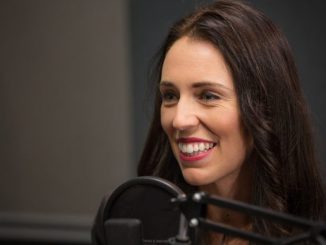 The government’s plan to measure (and ultimately reduce) child poverty was always going to draw criticism, but some of the squawking from the right suggests this initiative has really hit a nerve. Hilariously, the Taxpayers Union would have us believe it is socialism, in tooth and claw.

To whit: “Tying poverty measures to the median income is simply a target for socialism. It means that as long as everyone is equally poor, Labour will have met their goal.”

Really? But only last year, National was citing increases in the average wage as an index of its success, as if that lifted all our boats. Average = good, median = bad, to the centre right. In fact, there’s good reason to treat the median wage as the more accurate standard. If you sack lots of low waged people, the average wage rises. If you pay the mega-rich huge bonuses, the average wage rises. So… good on the government for treating the median wage (which is the midpoint wage on the entire spectrum) as a more reliable benchmark of progress for us ordinary folks.

That “as long as everyone is equally poor” bit was an interesting line, though. Are we truly to be reduced to the godforsaken level, the Taxpayers Union seems to be lamenting, where even the poorest child would have food on the table, but too few of us would have avocado on toast? Call me a Commie, but I’d like to live in a country where poor kids don’t continue to go hungry, and no longer miss out on the good things in life. That seems preferable to the alternatives. Hmmm. Under feudalism the poor did have the bracing incentive of starvation and the lash, and in the 19th century, the poorhouse was the right and proper destination of the undeserving poor. Neither of these options would seem to be an easy sell to voters in 2020 though, even for Simon Bridges.

Finally, the Taxpayers Union has discovered to its horror, the government even proposes to talk to some children before formulating the policy that affects them. (Seen but not heard etc) Why, back when the Taxpayers Union was young – if it ever was – the only language the nation’s whippersnappers understood was the strap and early to bed, without supper. Or breakfast.

So what has Labour actually announced? The Child Poverty Reduction and Eradication Bill will specifically require current and future governments to:

· Set ten-year targets on a defined set of measures of child poverty and periodically set and publish three-year targets.
· Develop and report on a strategy to promote the overall wellbeing of children, which will include a particular focus on reducing child poverty.
· Report, on Budget day, how the Budget will reduce child poverty, and how the government is progressing towards its targets.

As PM Jacinda Ardern said yesterday, targets alone are not enough. Yet it seems a good first step to create a suite of measures for systematically assessing the financial and material disadvantage of children and the progress being made towards reducing their poverty – and the Government Statistician will be tasked with regularly measuring the trends to that end. Symbolically, it also seems a good idea to assess that progress on Budget Day, an occasion on which the economy routinely gets fetishized as an end in itself.

By also pointing (a) to the Families Package and (b) to the planned spending increases for health and education, Ardern has made it clear that her government would be taking a holistic approach to eliminating family hardship and the barriers to opportunity it creates. Come the select committee stage of the Bill, the government will start to flesh out its own targets in those areas.

Believe me, this isn’t socialism. More than 20 years ago, Ruth Richardson and the National Party did a very similar thing with respect to the economy. Ever since the mid 1990s, the Fiscal Responsibility Act has incentivised successive government to properly manage the wellbeing of the economy – with all sorts of measures and constraints and reporting requirements involved. Yesterday, the Ardern government did almost the same thing with respect to a more tangible, even more precious resource than the economy – ie, the children of this country.

After all, they will get to inherit the mess we’ve created. It seems entirely apt that we should be required to account for our children, while there’s still time to improve their lot.

Footnote: The Taxpayers Union makes one good point, though. So far, there hasn’t been much (any) evidence of how the new Ardern government proposes to run the economy and generate wealth, in any way that differs substantially from how business was done by its predecessor. Frankly, there is something odd about setting targets to reduce child poverty without addressing – in any meaningful way – how the current economic settings have helped to generate child poverty in this country, and continue to do so. We’re still dealing with outcomes, not causes.

So far, all we’ve seen in this First 100 Days has been a kinder, gentler version of how the fruits of the economy are to be distributed ; and that’s very welcome, and it will make a difference to many lives. Yet the core problem facing the Ardern government remains the same one that the Clark government never resolved ; yes, centre-left governments can abhor the brutalism of the ‘more market’ experiment and eloquently bewail its social outcomes, but in essence, they’re still keeping those engines running, day and night.

As a result… at this point, Jacinda Ardern makes a fine Florence Nightingale. But unless she gets in touch with her inner Rosa Luxemburg, she’s in for a lifetime of tending at the nation’s bedside. Which would be admirable, but also futile in the long run.

I’m A Telling You

Obviously, there are plenty of songs about poverty and hard times – but in this 1961 hit, Jerry Butler and Curtis Mayfield quietly got down to the personal detail of the daily grind, and the circularity of it all:

Days are getting longer
And my nights are getting shorter
And my way gets softer
And my work gets harder.
Now when I get home, the wife is mad
The little girl, she’s feeling bad.
Little junior, he’s got the blues
Says he needs a pair of baseball shoes….whoa

Subsequently… after a decade or more of hits, Butler went on have to a long and successful second career within the bearpit of Chicago local government. At 78, Butler still chairs the city’s powerful health committee, and is deputy chair of its construction committee.