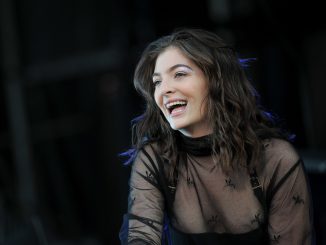 The escalation of attacks on Lorde for her considered decision not to perform in Israel is unfortunate, but is not entirely unexpected. In many respects though, the full page Washington Post ad attack upon the New Zealand singer – and on the recent foreign policy votes by New Zealand with regard to the Palestinian issue at the United Nations –were simply the work of a gun for hire. Reportedly, the advertisement was paid for by the US organisation headed by Rabbi Schmuley Boteach, who has a dubious track record of selective morality on issues to do with anti-Semitism.

In the recent past for instance, Boteach has defended the White House role of Stephen Bannon, despite the prior history of anti-Semitism and white nationalism of the Breitbart news outlet that Bannon used to head. Boteach’s paymaster is the casino operator magnate Sheldon Adelson, a major Trump donor – so it isn’t all that surprising that Boteach has chosen to link (a) Lorde’s decision not to perform in Israel with (b) New Zealand’s recent support for the UN vote that overwhelmingly condemned President Trump’s decision to shift the US Embassy from Tel Aviv to Jerusalem.

Still, although Boteach seems to be a self-publicist who switches his sensitivities about anti-Semitism on and off according to the political climate, he has raised charges that should be rebutted. Lorde is not a ‘bigot’ for exercising her right to perform her music where she chooses. Reportedly, the Israeli ambassador to New Zealand – having already dissed Lorde as ‘naïve’ – now wants to meet with her, presumably to put her alleged naivete onto a more preferable course.

Lorde can look after herself, but she would be within her rights to require a few ground rules for such a meeting, beforehand – whereby for instance, her choice about where she performs is agreed by the Israeli ambassador to have been made without any element of anti-Semitism. In the current climate, the charge of ‘anti-Semitism’ is routinely wielded as a club to silence any criticism of the state of Israel. This is a willful distortion of the reasons why some organisations have been calling for an international cultural boycott. More to the point, New Zealand has had a proud history of complying with cultural and sporting boycotts, and the sorry likes of Rabbi Boteach should not be allowed to besmirch it. In the case of South Africa, our support for the cultural and sporting boycott in the 1980s helped bring about political change, for the benefit of those being oppressed along racial lines. Our track record is one of love, not race hatred.

To state the bleedingly obvious…it is entirely possible to be critical of the foreign and domestic policy of the current government of Israel without that criticism being racially inspired. Some of Israel’s defenders would go further, and try to equate the spurious charge of anti-Semitism with a denial of Israel’s right to exist.

There are important distinctions to be made here. I don’t know what Lorde’s own position on the Israel/Palestine issue is. Yet it would be entirely possible to look at history and conclude that the right of self-determination is not necessarily the same thing as the ‘right’ of an unjust system to exist, in perpetuity. South Africa for instance, continues to exist as a country and with all of its diversity intact even after the cultural boycott helped to bring down the previous system of apartheid. Israel, if it felt so inclined, could follow the same route.

Moreover, as others have pointed out, one can support the right of the Kurds, or the Catalan people to self determination, without that necessarily meaning support for a Kurdish state or a Catalan state. For terrible reasons of history it is obvious why this distinction often gets blurred in the case of Israel – but this history cannot be construed to give the current Netanyahu government a blank cheque.

Meaning : we’re really talking about the support for justice – and not for a right to rule in perpetuity, regardless of international law or of the impact on regional and global stability. One can support Israel’s right to exist, while opposing the notion that this must necessarily be within its current form and practice – and while advocating that its future form must be arrived at by the free choice of all of the peoples over which the government of Israel currently presides. Again, South Africa is a useful precedent.

Again, I don’t know what Lorde thinks. But she might well have come to the conclusion that were she to perform in Israel, this could be taken as an endorsement of – or at least an indifference to – the practices of discrimination within Israel maintained by the current government, and manifested in the military occupation of the West Bank, and of the de facto occupation of the Gaza Strip. Not to mention the way that such practices – and the ongoing settlement programme on the West Bank in particular – have worked collectively, in the words of one Dutch observer, “[to]reduce the much-discussed two-state solution to a meaningless slogan, and are an obstacle to Palestinians implementing their right to self-determination.”

Just as New Zealand chose in the past not to play rugby with the sporting representatives of apartheid – and thus helped the advent of a fairer society in South Africa – Lorde is within her rights to conclude that her performances in Israel at this time, could be construed as (a) support for its current political system and (b) as an undermining of a cultural boycott movement that is virtually the only tool left to bring about change, given Israel’s apparent disdain for the UN’s attempts (under international law) to support the Palestinians’ rights to self-determination. Recently, Radiohead reached a different conclusion. So did Paul Simon in the 1980s, when he chose to breach the UN cultural boycott of South Africa. Both times, the sanctity of art to be free of political constraint was invoked. Even on those limited terms, Lorde’s current critics can’t have it both ways : if some artists want their art to be free and above politics, then this privilege can’t simply be extended to the friends of Israel.

Footnote : Because Lorde has chosen to perform in Putin’s Russia, this doesn’t invalidate her decision not to perform in Israel. Injustice exists everywhere. Some examples will strike some artists as requiring them to draw a line, personally.

Beyond Lorde, yet still on boycotts

And talking of personally….it strikes me as odd that those on the political right – who are normally pretty keen to exalt the freedom of spending your own money as you see fit, without the intrusion of the IRD – should now be feeling upset about other people voting with their wallets about Israel’s foreign and domestic policy. Within the United States, the US government commonly makes the decisions on such matters for its citizens. When it came to the boycott of Cuba, Americans were forbidden under pain of criminal law to trade, or even to visit there, for decades. (Incredibly, the problems this regional trade embargo caused for Cuba were blamed by Americans on the failings of socialism.)

Currently, Israel likes to portray itself as the global victim of the boycott movement. Meanwhile, the current US government is taking steps to criminalise the participation of US firms or citizens in an economic boycott of any country that’s deemed to be friendly to the US, regardless of the implications that this draconian piece of legislation would have for the First Amendment free speech rights of all Americans.

Last week [July 2017] the American Civil Liberties Union came out against a bill that would criminalize constitutionally protected boycotts and certain speech targeting Israel. The Israel Anti-Boycott Act, which was introduced in both the House and Senate earlier this year, would expand a 1970s-era export law and expose a range of activity to sweeping penalties, including criminal prosecution.
The full scope of this proposed law – set out in the ACLU link above – are sweeping. (At this rate, Lorde might soon have to include Washington DC in the places in which she chooses not to perform.) Ultimately though, the situation isn’t one to be taken lightly. A few decades ago, the most popular performer in the world at the time – the black American singer and actor Paul Robeson – was blacklisted, had his US passport seized and his career destroyed, because of his political views on Soviet Russia, and on the civil rights of black Americans. If it could happen to Robeson, it can happen to anyone.

With that in mind…here’s a beautifully sombre Robeson live recording from 1958, a song later used to great effect in the landmark indie film Killer of Sheep, by the black American film director Charles Burnett.