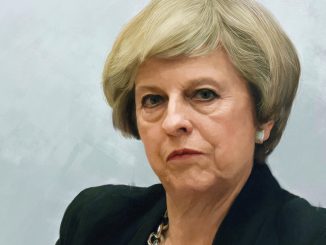 It has been a grimly fascinating week for Brexit train (wreck) spotters. The latest British polls now give the Remainers a ten point lead over those still wishing to leave the European Union, and the a segment of the Tory caucus seems increasingly inclined to resist the Brexit hardliners who lead their party.

All up, it’s been another rough seven days for British PM Theresa May. She not only suffered a humiliating defeat at the hands of rebel Tory back-benchers, but got given a ‘come into my parlour’ command by the EU. After declaring victory in the discussions to date, the EU now wants to move on to more substantive matters that are likely to prove even more difficult for the PM.

The EU seems in no mood for mercy. According to that latest ultimatum last week, Britain has to regard its first phase of concessions as binding, stop pretending it can participate in current EU decision-making, and keep EU regulations (all of them) in place during the interim. As in:

“All existing regulatory, budgetary, supervisory, judiciary and enforcement instruments and structures will … apply, including the competence of the court of justice of the European Union,” [the EU] says.

Right. Those instructions came barely 48 hours after the May government was defeated at home, in a parliamentary rejection of the scope of her government’s powers with respect to a final Brexit deal. Arguably, it was a defeat for the Executive wing of the British government, but a welcome victory for the sovereignty of Parliament.

Normally, ineffectual backbench mini-rebellions are standard fare in the British House of Commons. The parliamentary teams are so large, a handful here or there of your team putting local sentiment (and electorate self-interest) ahead of the party line usually doesn’t count for a great deal. Not like in our small, one chamber Parliament, where crossing the floor to vote with the Opposition is treated as a cataclysmic event, and happens barely once or twice a decade. Essentially, our political decisions travel along party lines, and parliamentary debate is rarely more than window dressing.

But back to Theresa May… as mentioned, the parliamentary vote she lost was about whether any final deal she concludes still has to be signed off by Parliament. Eleven Tory MPs resisted her, and voted in support of Parliament having a ‘meaningful vote’ on the final deal. The government lost narrowly, by 309–305. Predictably, the Daily Mail went totally apeshit: “11 self-consumed malcontents pull the rug from our EU negotiators, betray their leader, party and 17.4 million Brexit voters, and most damning of all – increase the possibility of a Marxist in No. 10.”

Ah, that seems a little harsh. For Brexit train-spotters, May’s defeat was a reminder that (a) Parliament is supposed to be more than a rubber stamp for the Executive’s agenda and (b) the Brexit referendum did not write a final full stop on the options of a sovereign Parliament, when it comes to the country’s relationship with Europe.

Meaning: it is reasonable to ask whether the June 2016 referendum outcome really did end the matter, for once and for all. For political reasons, some British politicians and commentators (eg Vernon Bogdanor) have promoted the notion that Brexit and all that follows is now not open to further Parliamentary query, much less needful of further approval. That position is not tenable. After all, if politicians really, really believed in deferring to the clearly stated will of the people (which the referendum arguably was) and want to treat rule-by-referendum as an over-riding principle in cases such as Brexit, then – to be consistent – they should be offering the British public the opportunity for a second referendum on the deal they finally manage to negotiate.

Not only is a second referendum not on the table, but May and her Cabinet colleagues are claiming the right to interpret the referendum as having given them a mandate to pursue a hard Brexit – up to and including no deal at all, once the clock has finally run out on Britain’s Article 50 exit from Europe. This unilateral interpretation of Brexit and the usurping of Parliament’s role is what the Tory rebels – some of whom think a soft Brexit is the only path of sanity – chose to oppose, last week.

Supposedly, May’s ‘hard Brexit’ stand, and her desire to hold all of the ratification cards in her own hand are not to be read as totalitarian move on her part, but as a bargaining stance. According to this argument, May needs to look as though she possesses absolute powers, in order to negotiate effectively. That at least, is the claim of the dwindling band of May apologists… that unless the EU believes she is a one-stop shop when it comes to ratification, they will constantly seek to second guess her, knowing that even some of her own caucus (let alone the British public, let alone the British Parliament) don’t really support her hardline Brexit posturing. As the British academic Deborah Mabbett says in this (paywalled) article, May looks like she is playing Chicken with a juggernaut: “it will be very difficult for the other 27 [EU nations] to find the flexibility that the UK demands.”

Does any of this mean the Brexit referendum is on course to be reversed? No, not yet. But the reasons for that situation are political, and are not based on any constitutional principle. The referendum result does not end the process of parliamentary scrutiny and opposition – which arguably, will become more important as the Brexit deal inches towards its final form. Day by day, it is becoming clear that a soft Brexit that continues meaningful co-operation with the EU makes more socio-economic sense for Britain than the hard Brexit that the Tories have pursued thus far, and without much success.

Footnote One: That stinging quote above, about Britain needing to continue to observe EU regulations – including the rulings of the European Court – might look like rubbing Britain’s nose in it, but it isn’t, really. During the run-up to the referendum vote, the Brexiteers were always banging on about those onerous European Court judgments and promising that on the morrow, all that nonsense would change, and Britain would be free to chart its own independent judicial course…

BUT, problem being, those European Court rulings are now embedded in British domestic law. And there is a constitutional principle that the Executive should not dictate the form and content of British domestic law. That’s what the EU – and the British courts – are having to remind May of, constantly. The relevant case is the 2017 Miller ruling, (eg see paragraphs 100 and 115 in particular ) and the full judgment is available here.

This case turned on whether the state’s prerogative power – which it uses to make treaties, conduct foreign affairs and deploy the armed forces abroad – could also be invoked to end the UK’s membership of the EU. Evidently not, as Deborah Mabbett pointed out:

The [Supreme Court] majority held that the government could not invoke its authority over foreign affairs in dealing with the EU, as EU law has become part of domestic law. To treat EU membership as a matter of prerogative would be to assert prerogative powers to change domestic law, and this is untenable. Parliament makes the law, not the Executive.

Which is one good reason why Theresa May cannot claim unlimited power when she and David Davis sit down to negotiate Brexit. She can’t bypass subsequent parliamentary accountability for her actions, no matter how difficult this makes her current job.

Footnote Two : Obviously the media has a role to play in these kind of constitutional issues. Yet the media’s focus on horse race journalism – who is winning, who is losing? – is arguably, another reason why dissent across party lines remains a rarity in New Zealand. It tends to be treated as a disaster for the Executive, a failure of political management, and as bloodymindedness on the part of the rebels.

As a result… even though it is called the Parliamentary Press Gallery, it may as well be called the Beehive Press Gallery, given that there is an almost total fixation on whether this or that event will have a good (or bad) impact on the Executive agenda. The wellbeing of Parliament barely gets a look in. Dissent within parties, or between coalition partners is almost always reported negatively, and in line with its potential to provide a black eye for the team inhabiting the Beehive.

The waka jumping legislation for instance, did not receive much attention beyond the opportunity for trotting out historical anecdotes (Marilyn Waring, Jim Anderton, the NZF tight five etc) Yet this quashing of the capacity for internal dissent – caucus rebels now face a one way ticket to the unemployment line – will make it even harder to foster diversity, and/or the open debate of the options available, on anything other than party lines.

Picking Big Shaq’s ‘Man’s Not Hot’ last week as the video of the year was a recognition of its entertainment value. So… here are a few other contenders. Bjork’s videos for “Blissing Me” and “ Utopia” are typically inventive and tense, but the video for “The Gate” takes the heart motifs familiar from the Vulnicura album to a more abstract, but no less intense level:

Right at the other extreme of the spectrum – the realism of taking your friend and her sick cat to the vet – is Aimee Mann, and her quietly wonderful “Goose Snow Cone…”