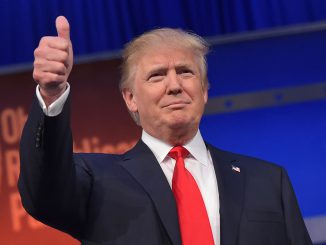 So the Trump tax bill has passed in the Senate, which means that the US nominal corporate tax rate is now on track to be cut from 35% to 20%. No doubt… there will be calls from our own business sector to drink the same Kool-Aid, and pass a corporate tax cut of our own. Such calls should be resisted.

Critics of higher taxes on the wealthy say it would discourage them from working and decrease economic growth. This is probably not the case—at least on any substantial level. A review of the academic literature by the IMF found that an increase in the top income tax rate is unlikely to negatively impact the US economy. And a provocative analysis (pdf) by a researcher at Uppsala University concluded that the US could raise its top income tax rate above 70% on the very rich without a significant negative impact on the economy. That could pay for some hefty corporate tax cuts. The Republican plans do not feature a tax increase on the rich. In fact, they intend to raise the threshold for applying the highest tax rate, from $480,000 to $1,000,000

The effective US corporate rate was in the high 20s, so there was room to drop the headline into the mid to high 20s without doing much damage. However, going as low as the Republicans have done will not only wildly expand the deficit, but will require politically unpopular cutbacks to welfare provisions, and the hiking of taxes on middle America. Hey, they’re doing it anyway. It’s a once-in-a-lifetime chance to max out on greed.

Of course, the gospel that cutting corporate taxes is a sure fire path to economic growth – why, think of how much entrepreneurial energy it will liberate! – is the right wing mania that refuses to die, no matter how often ( under Ronald Reagan, under George W. Bush, in Kansas) it fails, with terrible social and economic consequences. In fact, there is no definitive causal connection between the rate of corporate taxes and economic growth; under both Bill Clinton and Barack Obama, tax increases were followed by lengthy bursts of growth.

As mentioned, the package that Trump and the Republicans have just pushed through its last legislative barrier enables a vast shift in wealth – upwards – into the hands of the ultra- wealthy and/or heirs of multi-million fortunes. The results will be socially and economically toxic. Moreover, one of the sub-clauses to the tax bills repeals key elements of Obamacare, which had sought to ensure health coverage for poor families.

Reportedly, 13 million people will now lose health coverage, and health insurance premiums will rise by 10% next year. Interestingly, the small group of Republican senators who voted down Trump’s health bill a few months ago voted for this tax bill, which achieves much the same result. So much for putting any faith in the likes of John McCain and other GOP ‘moderates’.

The next step will be to blend the House and Senate versions of the tax bill. As Martin Wolf of the Financial Times has pointed out, nearly everyone else will be plundered to pay for this massive handout to the mega-rich:

Yep, the very same politicians who are budget balancing hawks when it comes to social spending are willing to blow the deficit sky high to deliver tax cuts to large corporations, and to the gilded heirs of family fortunes. And how, exactly, is the US proposing to pay its way out of the budgetary hole that the Republicans have just dug? Well… in the short term, some concessions have been made to those on middle & upper middle incomes to render the package more politically palatable. Yet, crucially, in ten years time these concessions will expire, while the concessions made to the ultra-wealthy will remain permanently in place. In other words, even the children of the middle class and upper middle class will be shafted, in more ways than one. Come 2027, the axe will also have to be taken to core elements of the US welfare safety net, such as Medicare and Medicaid. That’s a deliberate part of the GOP plan.

High-ranking Republicans are hinting that, after their tax overhaul, the party intends to look at cutting spending on welfare, entitlement programs such as Social Security and Medicare, and other parts of the social safety net. House Speaker Paul D. Ryan (R-Wis.) said recently that he wants Republicans to focus in 2018 on reducing spending on government programs. Last month, President Trump said welfare reform will “take place right after taxes, very soon, very shortly after taxes.”

The politics of it

In any normal political system, you’d think this cocktail of social safety net cutbacks, tax breaks for oligarchs and trust fund heirs, and bizarre tax loopholes – there are new tax concessions for people with yachts and private jets – would result in a voter backlash, with major gains for Democrats, come the midterm elections in 2018, and the next presidential election. Not necessarily though, because the political system has been screwed so thoroughly. Currently, the Democrats have a 54- 46 % lead in the polls, but – because of the gerrymandered way the US political landscape has been rigged – this means it still has only a very narrow chance of winning a House majority in the 2018 midterm elections.

We saw this same outcome in 2016. Donald Trump lost the popular vote – three million more Americans voted against him, than for him – but he won the presidential election, anyway. He did so because the system has been rigorously gerrymandered in favour of the GOP. Famously, Trump also appealed to the forgotten people in the Rust Belt, the ones who this tax bill will hit the hardest. Which raises a key point, culturally. Namely, how can people be convinced to vote so systematically against their own best interests, and against the best interests of their children? As Martin Wolf says, first of all you need a few intellectuals willing to tell you that the tax cut voodoo involved (aka supply side economics) will actually work, when there is ample evidence that it doesn’t. And then –

The second approach is to abuse the law. One way has been to give wealth the overriding role in politics it holds today. Another is to suppress the votes of people likely to vote against plutocratic interests, or even disenfranchise them. The third approach is to foment cultural and ethnic splits. This is sometimes described as the “Southern strategy”, which shifted the old South from the Democrats to the Republicans, after the former enacted civil rights.

As Wolf concludes, the interesting thing about this Southern comparison is that it currently pertains most forcefully to the socio-economic conditions that existed before the Civil War. Pre-war, the Old South was extremely unequal. The wealth of the Southern one percenters pre-war is now estimated to have been more than three times that of the comparable plutocrats in the North. Yet somehow, poor whites were induced to fight and die in order to maintain that system of manifest inequality:

In the civil war, whose stated aim was defence of slavery, close to 300,000 Confederate soldiers died. A majority of these men had no slaves. Yet their racial and cultural fears justified the sacrifice. Ultimately, this mobilisation brought death or defeat upon them all. Nothing better reveals the political potency of identity. A not dissimilar threat arises for today’s plutocrats. The economics and politics of pluto-populism have stoked cultural, ethnic and nationalist anger in the party’s base. Skilful demagogues are able to exploit this anger for their own purposes.

Well beyond the US, Wolf adds, we all have to live with the consequences of the political instability that this imbalance, not only creates, but which its rulers consciously provoke as a political tactic. From the Korean peninsula to the Middle East, to Alabama, we’re all in the same ship, and the fear of a capsize is being deliberately stoked by those up on the bridge, all the better to distract us.

Footnote one: There is an example where corporate tax cuts co-exist with economic growth, but it has little to do with Thatcher, Reagan and their Friedmanite imitators. Sweden has cut its corporate taxes twice since 2012 – and while hardly a perfect system, Sweden has enjoyed significant growth. Yet Sweden has two other factors going for it: its corporates were already innovative and successful, and its low corporate taxes happen to go hand in hand with very high income taxes and what are still comparatively generous welfare programmes. The trade-off there doesn’t involve welfare cutbacks, but progressive taxes on both wealth and consumption, with an income tax rate of 57% on high incomes. Incidentally, Sweden also offers tax breaks (beyond normal depreciation) for those who invest in rental housing, and it cuts its GST tax for spending on repairs, as one incentive against the ‘use it and throw it away’ culture of waste.

Footnote Two : Kansas has been the laboratory case of ideologically-driven tax cutting. This year, the state’s own conservatives voted to end the disastrous experiment. The sad story is set out in full here but has this deterred Trump from effectively trying to repeat the experiment, on a national scale? Of course not.

At this late point, its hard to imagine that Time will not award its supposedly coveted ‘Person of the Year’ award to the current inhabitant of the White House. That’s even almost a given, now that the politically conservative Koch brothers have just put $650 million into a joint venture to buy Time, Inc. Yet there’s an obvious alternative. Time could make the award collectively to the women who brought down Harvey Weinstein and his ilk, and who made sexual harassment in the workplace a lot harder to ignore in future. Right now, the only powerful person exempt from that blowback seems to be the President of the USA.

For quite a while now, I’ve been pushing the virtues of Melbourne band Camp Cope and its leader Maq – and the first single “The Opener” off their new album proves they’re getting better and better. This 2016 track “Done” is not the best thing on the last album ( “Lost” “Keep Growing” and the earlier “Stove Lighter” are all superior songs) but its worth a listen. On this cut though, Camp Cope sound similar to an excellent US counterpart – Philadelphia’s “Hop Along”, who also have a new album due in 2018. Here’s “Done”:

And here again, is “The Opener”:

And for the Hop Along comparison, here’s Frances Quinlan and her band with a great live version of a track from the Painted Shut album. Melbourne and Philadelphia… sister cities, in more ways than one.