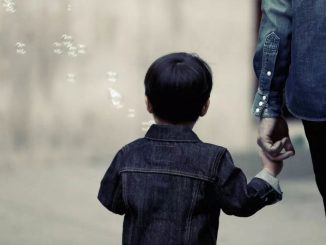 What’s in a word? Often a lot, in politics. In fact, the decision to remove the word ‘vulnerable’ from the Ministry for Vulnerable Children could well mark a whole shift in approach to the care of children in need. And I’m hedging with the ‘could well’ only because the Ardern government hasn’t yet spelled out whether the name change it has announced will also involve a rejection of the controversial use of Big Data to try and predict those children deemed to be at highest risk of inter-generational reliance on welfare support.

The dream is that the state can use Big Data to detect the families and children likely to pose a budgetary burden in future on the welfare system, and thus enable a shrinking safety net to focus welfare case work onto a more limited ‘client’ base. And yes, that approach does sound a lot like the Tom Cruise movie Minority Report, where the state pursued people for crimes they hadn’t yet committed. In a suitably Orwellian turn of phrase, the name National chose for its cost-cutting approach was ‘Social Investment’ As critics pointed out at the time, the approach was prone to reasoning that was almost entirely circular. Once you’ve decided that prior contact with the welfare system is highly symptomatic of negative behaviours in future – and you therefore double down on that contact – it can become virtually impossible to break out of the cycle. Belief in the efficacy of the analytical tool can also skew the pattern of casework: in that managers can readily come to require case workers to provide good reason why they’re not following the data trail. Ultimately, a symptom of poverty – being on a benefit – can readily be misconstrued as being the cause of poverty. Here are some concerns about the ‘Social Investment’ approach that I identified back in 2015:

(a)the accuracy of the model and the risk of it generating ‘false positives’ [This is a recurring weakness, and one cited in this 2017 evaluation of the use of predictive analytics in Los Angeles County.

(b) the danger of finding a set of statistical co-relations among the suspected perpetrators ( eg being poor, being on a benefit for over 12 months, either parent’s prior personal history of abuse, mental problems, low birth weight, domestic abuse, substance misuse, teenage parenthood ) and treating these factors as the cause of the abusive behaviour in question.

(c) the privacy issues involved when confidential welfare data (about people who have committed no crime) is used to justify state intervention in their lives.

(d) the creation of a tier of beneficiary families whose rights are treated as secondary to those of other citizens.

(e) the risk of further stigmatising communities and racial groups already suffering from the marginalising effects of poverty.

To repeat: any prospective gains [from the methodology] need to be balanced against the tool’s potential to worsen the social harm it aims to treat. Circular reasoning and stigmatisation are chronic dangers, all along the spectrum from prediction to substantiation.

As mentioned, it remains unclear just how the new Children’s Minister Tracey Martin regards the data-driven dreams of those who originally put the ‘vulnerable’ into the Ministry of Vulnerable Children. She has dumped the name – but will she also dump the approach that lay behind it? If as Martin says, the risk of stigmatisation lay behind the change of name, will that concern extend to dumping the entire Social Investment approach, which entails the same risk?

Oddly enough, the two Cabinet Ministers who were most keen back in 2015 on deploying predictive analytics within the welfare area were Bill English and Paula Bennett, both of whom were destined to move on to far bigger things.

Song for the Gold Card

The conservative belief that the receipt of welfare will erode social resilience goes back a very long way. In the 1930s, when state pensions were first introduced to reduce poverty among the elderly, fears were expressed in some quarters that this sudden onset of old age affluence would cause all kinds of behavioural changes. Old age would become desirable! This song by the Sons of the Pioneers (it was written by Roy Acuff) satirised such fears. Could be a great theme tune for the next New Zealand First election campaign.

Talking about sudden state infusions of relative affluence… Nice that Broadcasting Minister Claire Curran has embraced the crowd-funded People’s Report on Public Broadcasting and Media, that was released yesterday.

Briefly, the independent Report calls for action on these six main fronts:

1. More funding for NZ On Air and RNZ now and annually in line with inflation;

2. A charter to ensure all taxpayer funded public interest media is independent, ensures a diversity of perspectives and is easily discoverable and freely accessible to all people;

3. NZ On Air should be further mandated to fund the production and promotion of more news, current affairs and citizenship education material, including text-based content;

4. Media literacy and critical analysis should be included in the Curriculum;

5. An independent review of all taxpayer funded media structures and institutions;

Good. Yet there’s a potential conflict on the horizon. The supporters of more funding for RNZ are going to have to fight very, very hard to ensure that the circa $38 million mooted for RNZ (by Labour, during the election campaign) will actually be spent in those areas where the organization has suffered the most, during the grim years of belt-tightening. Because on Curran’s plans at 7.12 into this clip the majority of the extra money will not be spent on replenishing the radio newsroom – or on restoring the network of regional radio reporters, a system of national coverage that has been gradually stripped back to where it is now but a shadow of its former self. Apparently, the bulk of the new money is going to be poured into Auckland, to build a non- commercial television station, currently dubbed RNZ +. Meanwhile, TVNZ will continue to exist separately alongside it, as an entirely commercial operation.

Could be wrong, but I don’t think a new TV station in Auckland is quite what RNZ’s loyal supporters (who have stuck with state radio through its lean times) had in mind when they prayed to the Good Lord to deliver state radio from the funding wilderness. Chances are, they were wanting a better resourced and fighting fit version of what they have treasured in RNZ down the years. Namely: more radio journalists, a better-equipped radio newsroom, and more voices and reportage from around the regions. But that’s not what they’re likely to get.

Come the Budget in May, the full extent of the diversion and concentration of those added resources into Auckland’s RNZ+TV station – and the leftovers for state radio – will become apparent. But by then, it will be a fait accompli.

Do viral sensations have second lives? Just over a year ago when Poppy first became a thing, she seemed to be one of those weirdly funny Net personas with the half-life of a mayfly. But lo, as 2017 has marched on, more and more Poppy videos have kept on coming, and this week, even the Guardian has finally picked up on her existence. For late comers : Poppy offers a deadpan, almost creepy and often just plain amusing take on all kinds of online stuff. (She’s also leveraging her Net celebrity into a budding career as a pop star.)

I’ll skip the Dada-ist video where she said “I am Poppy” to camera for ten minutes, or the meditation on fame where Poppy recited the names of various famous people for what seemed like hours on end. Since this is nominally a politics column, let’s start with this one:

And then there’s the eternal questions: Am I OK, and what’s the deal with infinity? (She also has a video called What Rhymes With Breath?)

And dog videos. Everyone on the Net likes dog (and cat) videos, right?

If you were an art nerd you could see this next video as Poppy doing a satirical inversion of Ad Reinhardt’s black on black paintings, but let’s not overthink this too much…