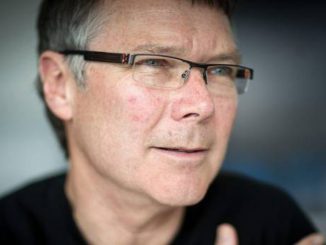 So another pillar of National Party bullshit has crumbled into dust, alongside the three strikes law. For months turning into years, the wise old ‘experts’ on trade issues have been tapping the ends of their noses and warning the left that no, no, no – New Zealand can’t just exercise its national sovereignty and forbid foreigners from buying existing houses, like Australia does. It was taken to be indicative of the Labour/Greens alleged ignorance of our international trade obligations that anyone should think we could.

Well, within a week, we find that we can, actually. And can do so without violating the hallowed China FTA, or the FTA with South Korea – or the TPP 11 pact, provided we pass the new law before the pact is signed. Interesting that new Trade Minister David Parker is acting on MFAT advice to this effect; which means that presumably, the previous government were being told the same thing by MFAT in private. Yet publicly, National maintained the fiction of us being the prisoner of our trade deal commitments. Tellingly, the likes of Steven Joyce are now shifting the goalposts to say that well, it won’t make much difference anyway. At lightning speed, we’ve moved from ‘can’t do it’ to ‘its not worth doing.’

Pause a while. If the ban on foreign non-resident ownership of existing housing stock had been enacted two or three years ago – when house price inflation in Auckland was rampant – it could have made a considerable difference to prices, and to affordability. One can only conclude that the previous government (for all its crocodile tears about affordability) colluded in fuelling our urban housing markets, while simultaneously refusing to measure the extent of foreign buyers active within them.

Now that the new government has shown the trade threat to be bogus, National is saying well, the horse has bolted. And oh, the change will involve ‘ bureaucracy.’ What a pathetic bunch of shysters they were.

Now that the house purchase issue has been all but resolved, Parker can turn his mind to the contentious issue of investor state dispute measures. This week, the EU has been in town to talk up the prospects of an FTA between New Zealand and the EU. In the interim at APEC, Parker and Jacinda Ardern will be finalizing the TPP 11 deal.

Question: what form of ISDS will they be championing? All the current indications suggest the new government will pursue one form of dispute resolution in TPP 11 and a quite different one in the upcoming FTA deal with the EU. This contradictory approach to a contentious issue like ISDS made little sense when National was doing it, and it makes even less sense now.

The EU system is not perfect, but it is an improvement in transparency and contestability to the opaque ISDS arbitration panels contained in TPP 11, which are notoriously prone to corporate capture. Yes, it would cost more money to support a standing Investment Court to handle trade disputes. But (a) its an EU idea, so they will carry the bulk of the costs (b) the number of international trade disputes has been on a steeply rising curve (c) if we want an FTA with the European Union, this is the system we will have to endorse and (d) the cost isn’t all that much, and is entirely comparable to similar international arbitration systems that we endorse. Here’s how the Europeans themselves explain the likely costs of the Investment Court solution:

One possibility could be that the multilateral court is financed through permanent transfers from members, which is how most international organisations such as the World Trade Organisation (WTO) are financed.

The costs per member country would of course depend on the overall size of the membership. Over time, the operating costs of the multilateral court are also likely to decrease as the circle of membership grows and the institution gains in efficiency.

If we’re going down this road anyway with the EU – and its hard to see why an Investment Court is not the lesser evil – why sign up to TPP 11, which contains something known to be far, far worse on ISDS procedures? Wouldn’t the EU be grateful if we prodded Japan in the direction of their pet Investment Court project? (It remains an unresolved part of Japan‘s own recent FTA negotiations dealings with the EU.) You have to hope that David Parker will bring a new set of eyes to this issue as well.

Be your own political geek. All kinds of fascinating political trivia can be generated by using this wonderful machine situated on the Electoral Commission site.

Set the control dials, and you can mix and match the voter turnout in each part of the country at this year’s election. Punch in the electorate you’re curious about – did young people turn out to vote in Invercargill or not ?– and bingo, there’s your answer: fewer than two thirds of young Invercargillites did. Contrast that with Wellington Central, where 90 % of 18-24s voted. Similarly, you can compare and contrast the overall turnout across age groups and/or compare the turnout in those same age groups between Maori and non Maori. Believe me, its more fun that it sounds.

For example: the stereotype is that young people talk the talk about change, but thanks to their life styles and their bad, bad millennial attitudes, they don’t turn up to vote. That’s wrong, mostly. The data indicates that in most major cities (but not Christchurch Central) the percentage of 18-24 year olds who vote was higher than 25-29s and comparable in some parts of the country to the heavy turnout among over 55s. Even so, youth turnout in New Zealand among the under 30s would be the envy of most other developed countries. Our millennials rocked the vote this year. In Auckland Central, the low incidence of non-voting among 18-24s was healthier than in all subsequent age groups right up into deep middle age. If there’s a problem with youth turnout, it appears to be more pronounced in rural areas and in provincial towns ( eg Waikato, East Coast, Palmerston North.) Lazy, dissolute millennial urbanites are really not the problem.

That data has implications. Supposedly, the idea is to get people into the habit of voting and they’ll keep on doing it. But the reality seems to be more complex. In urban areas at least, a lot of people do exercise their vote the first time, but the novelty wears off and habitual voting begins to kick in only during middle age – presumably as people try to do better by their kids. In other words, voting seems to be aspirational rather than an exercise in rank self-interest.

Moreover, much as we may lament the advent of presidential “personality-driven” electioneering to win votes, that seems to be a natural outcome of the limited positive feedback that the mere franchise itself has to offers. Do it once, and you may need a good reason to do it again – and that persists for quite some time. That’s unless and until an aspirational leader (aka the Jacinda Effect) comes along to sprinkle pixie dust on the voting process.

Talking of international courts…for some reason classic 1960s soul music had a keen interest in applying judicial discipline to everything from dancing to romance. As in Shorty Long’s “Here Comes The Judge” which features a fantastic bass line from Motown Funk Brothers maestro James Jamerson…

And here’s Lee Moses, a fascinating, obscure 1960s soul performer (tracks like “Time and Place” were terrific Hendrix/Sly Stone equivalents) who was re-discovered too late to do him much good. This track puts Moses’ slurred diction to good work on an extended legal metaphor…