Saudi Arabia seems out of control
by Gordon Campbell 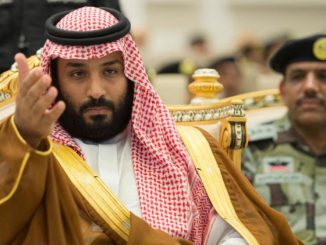 Saudi Arabia has long been regarded as a pillar of stability in the Middle East, and is the essential caterer to the West’s fossil fuel needs. It is also the country that gave us Osama Bin Laden, al Qaeda, and 15 of the 19 terrorists who carried out the 9/11 attacks. It provided the theological foundation of Islamic State, and much of the seed funding that got that deadly organization up and running. Given their own track record, the Saudis are hardly the most credible of critics when they accuse Iran of fostering terrorism in the region.

Earlier in this decade, the Saudis crushed the Arab Spring movement for democracy in Bahrain, and they’ve actively supported the Army crackdown against democracy and human rights in Egypt. More recently, the Saudis have intervened militarily in Yemen and killed thousands of its citizens in air strikes, triggered a cholera epidemic and created the worst famine the world has seen in three decades. Recently, the UN has called Yemen “the world’s greatest humanitarian disaster.” Until yesterday, the Saudis were blockading Yemen’s ports, ostensibly to prevent arms from reaching the country’s Houthi rebels. As a result, vital food aid and the medical supplies needed to counter the cholera outbreak have not been getting through. After an international outcry, the Saudis have just lifted the blockade.

The regional turmoil being generated by the House of Saud has not stopped there. A few months ago, the Saudis ratcheted up their hostility against tiny Qatar. Evidently, Riyadh and its allies in the Emirates have a plan to replace Qatar’s current rulers, shut down the troublesome voice of Al Jazeera, and steal the football World Cup from the Qataris.

The turmoil is internal as well. In recent weeks, the young Crown Prince Mohammed bin Salman – who masterminded the Yemen intervention – has arrested 200 of his military and business rivals, and begun to sell off some of their assets.

To cap off this array of regional disruptions, the Saudis have now reportedly kidnapped the Prime Minister of Lebanon in a move likely to torpedo the delicate system of power sharing that has served Lebanon reasonably well, and especially since the civil war that wracked the country from the mid-1970s onwards. In sum, the most dangerous threats to the Middle East are not the ambitions of Iran – which is the rationale the Saudis routinely invoke to justify all their acts of aggression – but the Saudis themselves.

To his credit, Barack Obama had tried to open some diplomatic channels to Iran (while still selling the Saudis billions of dollars worth of armaments) but Donald Trump has unilaterally doubled down on US support for the House of Saud, both politically and militarily. The White House is now little more than a rubber stamp (and arms factory) for whatever Crown Prince Mohammed bin Salman has in mind. 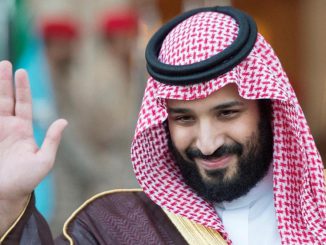 So what has been New Zealand’s response to ‘the world’s greatest humanitarian crisis’- and to the Saudi regime that largely created it? Back in 2015, when New Zealand was a non-permanent member of the Security Council (and thus very much in the global diplomatic spotlight) we were far more even-handed. Back at that time, our MFAT diplomats (such as Bede Corry, then Deputy Secretary for the Middle East) actually showered Iran with praise for its efforts in combatting regional terrorism, and for its offers of humanitarian aid and mediation to end the dispute in the Yemen.

Curry (sic) …praised Iran’s serious efforts in fighting terrorism and assessed policies of both countries in Iraq as boosting the central government in that country.

Since then, not so much. Tacitly, we’ve sided with the US/Saudi/Israeli position that the Shi’ite leadership in Iran presents the main threat to peace in the Middle East, in that it poses an impertinent challenge to the regional dominance hitherto enjoyed by the Sunni leaders of Saudi Arabia. Since 2015, New Zealand has kept its head down and tried to prevent anything at the diplomatic level from interfering with selling our farm produce to Iran – a trade that became possible again only after the lifting of the international trade embargo against Iran in exchange for it agreeing to curtail its nuclear ambitions. Which is ironic, really. When it comes to North Korea, Trump seems willing to risk nuclear war in order to impose on Pyongyang a deal that prevents nuclear proliferation. But when it comes to Iran, he wants to scrap a deal with Teheran that prevents nuclear proliferation.

Back to New Zealand. True, we did increase our famine relief support to a number of states in Africa and to Yemen by $5 million this year, to around $12 million. But a far more telling response can be found on the NZ Trade and Enterprise website, which offers a rather upbeat view of the war in Yemen. [eg “There’s been nowhere near as many air strikes that there were in the first and second quarter of the year”] More to the point, NZTE is decidedly upbeat about the likely business openings for nimble-footed Kiwi firms, in the wake of the carnage in Yemen:

However, there is always opportunity and we are expecting the Saudis to launch a significant humanitarian and reconstruction programme for Yemen for their interests now in Yemen and that will provide a number of opportunities for western companies in particular.

Sure, why not? Lets stand aside while the Saudis bomb Yemen to bits, because we can then jump into joint ventures with them as they rebuild the country, for the benefit of their political and economic cronies. 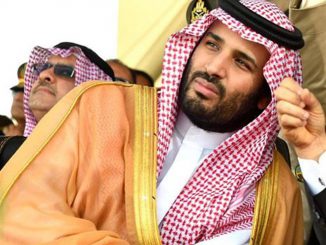 Footnote. If we’re willing to slam Australia for its violations of the UN Refugee Convention – and we should – surely New Zealand can afford to condemn the war crimes the Saudis are committing in Yemen. Because under international law, the Saudi use of (a) air strikes and cluster munitions and (b) famine as a weapon against civilian populations do qualify as war crimes under the Geneva conventions and protocols. In particular, the heavy death toll among Yemeni children year in year out, shows how brutally careless the Saudi military offensive has been.

“The killing and maiming of children remained the most prevalent violation” of children’s rights in Yemen, according to the 41-page draft report obtained by Foreign Policy. “In the reporting period, attacks carried out by air were the cause of over half of all child casualties, with at least 349 children killed and 333 children injured.”

This comes on top of the death toll among Yemeni children during 2015:

According to last year’s [UN] report, 785 children were killed and more than 1,000 were wounded in the Yemen war in 2015; 60 percent of those casualties resulted from Saudi-led airstrikes.

Then there’s the cholera outbreak, which can be directly traced back to the destruction of the country’s water supply infrastructure by Saudi air strikes.

Since the war in Yemen began more than two years ago, more than 10,000 civilians have been killed, and some 3 million have been displaced. According to the World Health Organization, an unprecedented cholera outbreak is now ravaging a growing percentage of the country, with 500,000 known cases and 2,000 dead. WHO estimates that by the end of the year, 600,000 Yemenis—that’s one in every 45 people in the country—will come down with cholera.

Overall, this crisis in Yemen offers another interesting exception to the Robert Muldoon dictum that for New Zealand, trade is diplomacy. Not any more. In this case, we have significant trade with the Iranians, but we defer diplomatically to the Saudis. In much the same way, we trade with the Chinese, but largely take our diplomatic cues from Washington and Canberra. It can get uncomfortable when – morally – you’re straddling the fence in this fashion.

For good reason, Lebanon has developed a delicately balanced political system that rotates power between its main religious/ethnic populations. This deliberately inclusive system is now being imperilled by the hamfisted actions of the Saudi Crown Prince, who resents the presence of the Iranian-backed Hizbollah within the ruling coalition. Thus, the Prince has engineered the Saudi kidnapping of the Lebanese PM Saad Hariri. As Reuters put it:

The move thrust Lebanon back to the forefront of a struggle that is reshaping the Middle East, between the conservative Sunni monarchy of Saudi Arabia and Shiite revolutionary Iran. Their rivalry has fueled conflicts in Iraq, Syria and Yemen, where they back opposing sides, and now risks destabilizing Lebanon, where Saudi Arabia has long tried to weaken the Iran-backed Hezbollah group, Lebanon’s main political power and part of the ruling coalition.

Sources close to Hariri say Saudi Arabia has concluded that the prime minister — a longtime Saudi ally and son of late Prime Minister Rafik al-Hariri, who was assassinated in 2005 — had to go because he was unwilling to confront Hezbollah. Multiple Lebanese sources say Riyadh hopes to replace Hariri with his older brother, Bahaa, as Lebanon’s top Sunni politician. Bahaa is believed to be in Saudi Arabia and members of the Hariri family have been asked to travel there to pledge allegiance to him, but have refused, the sources say.

This violation of Lebanon’s political autonomy risks plunging the country – which harbours huge numbers of refugees from the fighting in Iraq and Syria – into chaos. It is likely to end in another disaster for the Crown Prince, to put alongside his adventures in Yemen, Bahrain and Qatar. The world gets fixated on Kim Jong-Un. Yet arguably, the real thirtysomething threat to world peace right now is Crown Prince Muhammed bin Salman.

Yasmine Hamdan has become the modern face of Lebanese popular music, even though she lives in France. Here’s “Beirut” from her 2014 album Ya Nass.

I liked the lyrics, which capture the old city in a series of snapshots:

Arak drinking, card playing
Racehorse cheering, pigeon hunting
The essence of Beirut
The games of seduction, the long walks…
What a pity if all this should be allowed to wither…

Hamdan’s charisma is evident in this NPR concert clip as well: