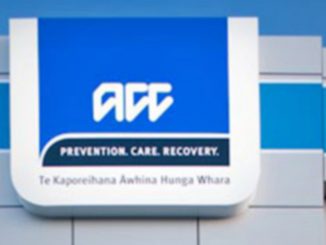 The latest ACC Annual Report was eventually released on 1 November and has been entitled “Investing in New Zealanders”. The word “investing” has played a major part in the operations of the ACC since 1998, when the Hon. Nick Smith, then Minister for ACC, persuaded his colleagues and the public that the ACC scheme had run out of money and it was necessary to build up reserves to pay for future liabilities. In other words the contention was that the ACC was (financially) an insurance operation. The ACC regularly congratulates itself on its investment expertise because it has regularly exceeded the investment bench mark and the reserves have now built up to over $36.6 billion.

Reserves are an insurance concept and are necessary because, for whatever reason, insurance companies sometimes go out of business leaving outstanding liabilities for claims incurred up to the date the business ceases. ACC levies are a form of tax but nowhere else in the tax system are taxes collected in advance to pay for future liabilities. Governments don’t “go out of business” so there is no justification for reserves except to provide a substantial fund for “investment” outside the current needs of the ACC scheme. It is questionable whether levies can be used for this purpose.

Against the recommendations of the Woodhouse Royal Commission that the scheme should be funded by a uniform levy based on salaries and wages, the original 1972 Act provided for funding by way of variable levies based on assumed cost of claims incurred on an industry basis. In other words it was to be a “user pays” insurance funded system; the higher the risk of a cost to the scheme, the greater the levy payable. This runs contrary to the principle of “community responsibility” on which the scheme is based.

Because we all benefit from living in a society which predictably and inevitably results in injuries to people who work either as employees or in self-employment, society should accept responsibility for the people who are injured and incapacitated. In other words we should all share in sustaining those who become the random but statistically necessary victims.

All industries are dependent on other industries and the cost of injuries, like other costs, are reflected in the ultimate price of the product. A significant number of the highly paid staff in the ACC are involved in some way in the levy system whether it is determining appropriate levy classes for different industries or for individual levy payers, determining bench marks, calculating the rates for different levy classes, monitoring and auditing levy payers and a host of other tasks relating to the funding of the scheme and the investment of the reserves. If the flat levy rate had been adopted based on salaries/wages and tax assessable income, and the money collected by IRD under the current tax collection system, there would be a significant cost saving, not only to ACC but to every levy payer.

Current levy rates are obviously significantly higher than they need to be to fund the current cost of the scheme. Woodhouse said that the scheme could be funded on a levy equivalent to 1% of the national payroll. If there was a flat levy rate for all levy payers, a 1c/$100 of earnings would produce a significant amount to cover any additional expenses in a particular year.

There should be a complete review and overhaul of the ACC scheme and of the management and administration of the ACC – which is now not only the largest single investor on the NZ Stock Exchange; it has also provided the last government with a fund to spend on unbudgeted items such as the purchase of Kiwibank, funding the failed Ruataniwha dam project, building a new prison in Auckland and a new health/centre hospital on the West Coast. None of these projects are remotely related to the purpose for which levies were collected under the ACC legislation.

Don Rennie is a legal consultant who has been involved in ACC issues since its inception in 1974.