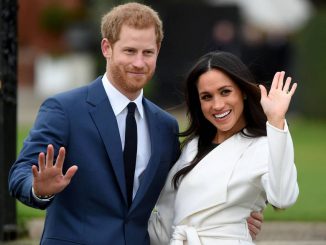 The price of oil at the pump is always a highly political issue. One of the juggling acts for any Finance Minister is managing the cost of oil on one hand, and the purchasing power of the NZ dollar on the other. For most of the Key/English era, the government seemed willing to ignore the screams from exporters over the high dollar, if this meant it could reap the political benefits of being able to buy oil (and other imports) relatively cheaply. Thankfully, the days when Brent Crude was up at $100-120 a barrel have gone, undermined by supply from (a) non-Opec countries and (b) US oil production from hydraulic fracking.

However, we now have a deputy PM who, on the campaign trail at least, was talking about the desirability of a lower dollar, which is already seven points down from its value in August against the greenback. So, what is the prospect for oil prices over the next year? And is there a political risk for the Ardern government of a declining dollar colliding with rising global prices for oil – thus creating a perfect storm that would pass on extra costs through every part of the economy ?

To start with the exchange rate, which is tipped to steadily decline further against the $US throughout 2018, in the face of a strengthening US economy. November’s Westpac forecast offers a reasonable explanation as to why this will happen:

We expect both of these trends – a strong US dollar and a weak New Zealand dollar – to continue over 2018. We anticipate two more Fed hikes in 2018, and for the Federal Reserve to reduce its stock of assets in a reversal of quantitative easing. Meanwhile, as mentioned in the Inflation and Interest Rates section, we expect markets and the RBNZ to be surprised by low GDP growth and a weak housing market next year, meaning the RBNZ will leave the OCR on hold all year. This will naturally produce a downward trend in the NZD/USD, which on our forecasts will average just 63 cents in the final quarter of 2018 (currently 68 cents).

So much for that robust economy that Bill English bragged about on the campaign trail. So, if our ability to buy oil and other essential imports is set to decline in 2018, what about the oil price itself? Earlier this month, Brent Crude rose to $64.65 a barrel, its highest price in well over 2 years. Looking ahead, the experts are divided on whether the price will stick roughly around this level, or rise sharply to about $80 a barrel, a circa 25% increase. Note: no-one is picking a decline in the price of oil from where we are now.

The bullish sentiment for a sharp price rise is largely being attributed to the geo-political risk around Saudi Arabia, which is seen as increasingly unstable internally – and also externally, via the fights the Saudis are picking with their regional neighbours, including Iran. The global outlook for fairly robust economic growth in 2018 (elsewhere, but not in New Zealand) is also expected to create greater demand on world markets for oil, and this should drive up prices. The argument for rising oil prices in 2018 is made here. Similarly in a lucid article headlined “Fear Will Drive Up Oil Prices in 2018” Forbes magazine is tipping that prices will be at $70 a barrel for much of 2018. Increasingly, the argument as to why oil prices won’t rise significantly in 2018 is looking a bit forlorn.

Even if there isn’t a continuing oil price rise in 2018 – and there is likely to be one – Westpac is dead right. Our sluggish economy is likely to convince the RBNZ not to hike interest rates, even as the US raises its own rates. This will make us a less attractive speculative destination, which will further push down the value of our dollar. Meaning : Winston Peters really, really doesn’t need to take any fresh actions to help out exporters by talking down the dollar. Instead, the new government has to hope that our currency doesn’t go through the floorboards. Already, the rising costs at the pump and the ripple effects on transport etc promise to be politically difficult for Finance Minister Grant Robertson to manage.

The most (and only) interesting aspect of the royal engagement has been the “changing times/modern royals” media meme, which has noted that Meghan Markle is three years older than Prince Harry, and a divorcee… This outbreak of ‘modern royals’ coverage has not been quite so forthright about also mentioning that Meghan’s mother is African-American. Not surprisingly, it has been left to the Guardian to explore the significance and/or lack of significance of this point:

Arguably, there was a need for it to do so. Incredibly, the right wing Spectator magazine had earlier suggested that in times gone by, Markle would have been the sort of person a royal would have had as a mistress, not a wife. Other outlets, the Guardian also noted, had delicately pointed out that Markle wasn’t in the ‘society blonde’ mould of Harry’s previous partners. Usefully, the newspaper recalled the furore back in 2000 when a major report on multi-ethnic Britain was published. Baroness Kate Gavron (one of the report’s authors) said at the time that Prince Charles should have been told to marry someone black, given that the Royal Family needed to be taking the lead in promoting racial integration. As Baroness Gavron memorably put it:

“She did not want to “get rid of” the Royal Family. “We don’t need them but they’re fun for tourists to look at.” But she said they sent out the wrong message about Britain today. “They’re a symbol of our unmeritocratic tendency and, of course, they’re all white. It is part of a very unattractive hierarchy.” Yesterday she complained that the hereditary peerage was also too Anglo-Saxon. She said: “Anything hereditary is completely anachronistic and illogical; you wouldn’t have an hereditary cricket team…”

Interesting point. As the Guardian also points out, Markle’s beauty places her within a fashion trend that currently eulogises certain combinations of ‘mixed race’ attributes as being stylish and desirable, a point recently made by Vogue magazine during a discussion that offered model Adwoa Aboah as a prime example:

Adwoa… is very much, you know, the girl of the moment….I’m a great admirer of Adwoa. I think her Gurls Talk thing is really interesting, and she’s perfect. She’s the perfect mixture of mixed race, sort of posh Notting Hill royalty. So she’s the perfect cover star, absolutely.”
As the Guardian piece concluded, the Royal Family is very much the human manifestation of the class system in Britain:

In a society where race and class often collide to delineate privilege and opportunity, few will find their lives transformed in real terms by the arrival of a beautiful American actress in Kensington Palace. But we live in times defined also by identity. In recent years, the question of what it means to be British has been weaponised and politicised in new ways. Markle is, on one side of her family, directly descended from the plantation slavery of America’s Deep South – a history with which all of Britain’s powerful families, including the royals, are inextricably linked. He may not have realised it at the time, but by condemning the press reaction to his relationship with Markle, Prince Harry was aligning himself with those still dealing with the fallout of that history, and its very real legacy today.

May that thought sustain us, during the deluge of Harry/Meghan wedding coverage to come.

Footnote :
Meghan Markle has described her own family experiences with racism here.

This article also cites Queen Charlotte (1744-1818) who was the wife of George III, and supposedly, Britain’s first “black Queen.”

For many, the death of Jon Hendricks last week (at the age of 96) will bring back memories of the great vocal jazz trio of the late 50s, early 1960s. Annie Ross is still alive in her late 80s, and even in the old video clips her charisma and vocal skills still seem breath-taking. This ancient time capsule clip of urbane sophistication ( its from 1959, and shot at the Playboy Club) offers glimpses of Hugh Hefner, Count Basie, Tony Bennett and a finger snapping Jon Hendricks… while Ross performs “Twisted” a song later covered in an act of homage to Ross, by Joni Mitchell.

And here’s the trio in full flight, again with the Basie big band: