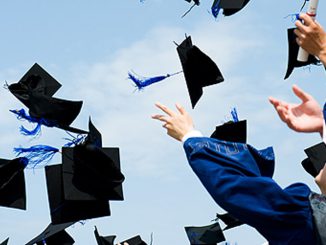 Occasionally, political parties paint themselves in their true colours, almost by accident. For example: the National Party evidently thinks it’s a bad idea to increase student allowances and bring them remotely into line with the actual cost of living these days in our larger cities. Why, says National MP Paul Goldsmith, this will merely encourage waves of beneficiaries to enroll in courses that they have no intention of completing, in order to pick up the $50 difference between the student allowance and the jobseeker allowance. Because poor people are just like that. And when all’s said and done, poor students have got only themselves to blame for not being born into families able to bankroll them through university.

Interesting that the alarm bells about this looming rort are being rung by National’s former tertiary education minister. Can this really be Goldsmith’s prime concern about the new government’s efforts to make tertiary education affordable – namely, that the unwashed hordes will see in it only a loophole to exploit? To her credit. PM Jacinda Ardern has not risen to the bait. If some jobseekers were induced to seek tertiary education rather than languishing on the dole then this would be a good thing, she told RNZ this morning.

If further down the track, Ardern added, there was any evidence (from pass rates) that the system was being gamed by fake enrollees, then this would be dealt with if and when it became an issue. For now though, no problem. So… what is really going on here? It would seem that National is intent on painting the new government in very traditional terms – as being soft on welfare, and as readily offering handouts to the masses. (OTOH and judging by the Canterbury Finance bailout, National governments have never had any problem at all with offering handouts to elites.)

The fact Goldsmith was prepared to junk the strong tertiary education rationale for the increase on student allowances in order to make a point about feckless youth on welfare… well, it speaks volumes. Besides everything else, it also seems politically misguided. It may come as news to Goldsmith and his colleagues but even the middle class is struggling with the cost of tertiary education, and with the debt burdens that it is seen to be imposing on their children. Someday, as the spokesperson for tertiary education (rather than as the shadow spokesman for beneficiary bashing) Goldsmith should really, really try to come up with a positive policy in this area.

A year since his election, insights into the weird worldview of the 45th US President are still coming so thick and fast that (a) its impossible to keep up with each example (b) the weirdness is diverting attention from the harm that Trump is doing by – for example – seeking to pass a trillion dollar corporate tax cut while Congressional funding is being allowed to run out for health clinics:

Congress missed a Sept. 30 deadline to extend funding for CHIP, as the Children’s Health Insurance Program is known. Nearly 9 million youngsters and 370,000 pregnant women nationwide receive care because of it. Many states have enough money to keep their individual programs afloat for at least a few months, but five could run out in late December if lawmakers do not act. Others will start to exhaust resources the following month.

Beyond the usual handful of mavericks (John McCain, Lindsey Graham, Jeff Fluke) there’s one good reason why the bulk of Republican lawmakers don’t ever, ever criticise Trump. That’s because he’s faithfully enacting the GOP’s small government, de-regulatory agenda. As for the ongoing weirdness… what about Trump’s stated belief last week that the new US stealth fighter (the F-35) is not only invisible to radar sensors, but is literally invisible to the naked eye, even when you are flying right alongside it.

“Amazing job … so amazing we are ordering hundreds of millions of dollars of new planes for the Air Force, especially the F-35. You like the F-35? … you can’t see it. You literally can’t see it. It’s hard to fight a plane you can’t see,” While speaking to the Coast Guard, Mr Trump said he had discussed the jet with “Air Force guys”, asking if it would perform as well in a dogfight as those in a movie. “They said, ‘Well, it wins every time because the enemy cannot see it, even if it’s right next to it’.”

For the record, the F-35 isn’t invisible to the eye. It’s only hard to detect on radar. Fans of DC comics of course, will have picked up that Trump is getting the F-35 confused with the Invisible Plane that Wonder Woman built for herself on Paradise Island:

….The result of her innovation was an invisible plane that could fly at terrific speeds silently and not be detected by hostile forces, thus avoiding unpleasant conflict. Initially, it was portrayed as being transparent.

The Invisible Plane appeared in the very first comic stories, including All-Star Comics #8, where it is shown as being able to fly at over 2000 miles per hour and to send out rainbow rays that penetrate the mist around Paradise Island, as well as landing stealthily and having a built-in radio. ….Shortly thereafter, the telepathic capacities of Wonder Woman’s tiara allow her to summon it, often to hover or swoop by the War Department, and she would exit on a rope ladder. She uses the plane to fly into outer space, and frequently transports Etta Candy and the Holliday Girls, Steve Trevor, or others.

Down the years though, the Invisible Plane has evolved in ways that President Trump will certainly be wanting the U military boffins to head on back to the drawing board, and emulate:

During the 1950s, the Invisible Plane plane became a jet, and was often shown swooping over Lt. Prince’s office; she stripped out of her uniform at super speed and would bound to the plane. Though the Plane was depicted as semi-transparent for the reader’s convenience, in-story dialogue indicated that it actually was completely invisible, or at least able to become so as the need arose…. At one point, Aphrodite granted the plane the power to fly faster than the speed of light for any interstellar voyages her champion might undertake… Thanks to tinkering by gremlins, the Plane even developed intelligence and the power to talk. The Plane proved a good friend, eager to help his “mistress” and her loved ones in any way possible. It got along especially well with Steve Trevor.

A talking, telepathic invisible plane that goes really, really fast and can fly around the Milky Way. That sure sounds good. It’s time to Make America Great again!

More than other mechanical failings that result in loss of life, submarine tragedies seem especially haunting. The loss of the 44 lives aboard the Argentine submarine ARA San Juan last week has been a reminder of earlier similar disasters… The loss in 1963 of the USS Thresher nuclear submarine for instance, inspired both Pete Seeger and the Kingston Trio to issue tributes in song. In the pop r&b field, Abner Jay ( the eccentric one man band) released this heartfelt single, which – allegedly – charted in Turkey: