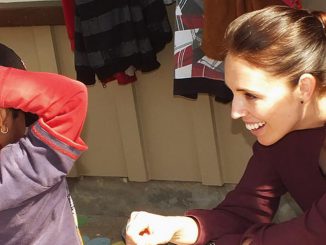 For some people, words like ‘tax’ and ‘regulation’ and ‘government intervention’ are fighting talk. That’s a reflection of the generational divide that exists in our political discourse. Currently, the vocal minority who are finding it really, really hard to accept the Ardern government tend to come from the generation that became politically aware in the 1980s and 1990s – back when the wisdom of the market was taken on board with the force of a religious belief:

For most of the current political class whose ideas were formed in the last decades of the 20th century, the superiority of markets over governments is an assumption so deeply ingrained that it is not even recognised as an assumption. Rather, it is part of the “common sense” that “everyone knows”. Whatever the problem, their answer is the same: lower taxes, privatisation and market-oriented “reform”.

Thankfully, that worldview has been dying on its feet for quite some time. For those born outside that generational bubble, the world looks different. People under 30 who have been battered by the GFC, the low wage economy and income inequality have no romantic attachment to market solutions. In fact, young people around the world have embraced politicians who explicitly rejected a political vision where the privileged get to exploit their inherited opportunities. Long before Winston Peters said that capitalism had lost its human face, young voters had rejected the lack of substance in the ‘80s market dogmas. In Britain this year for instance:

Young voters favoured Labour, with 60% of those aged 18-24 voting for Jeremy Corbyn’s party, while 61% of over-64s voted Conservative.

As a result…at 72, Winston Peters seems to be more in touch with the zeitgeist than many of his critics. Similarly in the US last year Bernie Sanders, aged 75, won more support from voters under 30 than Hillary Clinton and Donald Trump (the representatives of the two major parties) combined.

Meaning: the Ardern government can survive the media-amplified wailing of the ‘more market’ true believers, provided it retains support on other fronts. Primarily, by being a government that’s responsive to social needs, and that delivers on education, accommodation costs, tenancy right, jobs and wages. Right now, the centre left has a golden opportunity to cement in support among a new generation of voters, for decades to come.

Over the past week, reading the press releases from the Act Party has been an amusing diversion. Evidently, these are troubling times for the tin hat crowd down at Seymour Central. In quick succession, Act has fired out missives with headlines like “New Zealand Now Threatened by Mad Man On The Loose” and “Paranoid Peters Braces For Waka Jumpers” followed by this masterpiece of compressed anguish: “Bauble Scramble Begins Three Years Of Big Government”. If nothing else, you’ve got to admire the packing of so many resentments into eight words.

Why, in late 2017, is the Act Party still a thing? Back in 1950, the literary critic Lionel Trilling wrote dismissively of people motivated by “irritable mental gestures which seek to resemble ideas.” That’s pretty much the state into which libertarian ‘thought’ has now declined. David Seymour shouldn’t be taking it too personally, though. As the Australian economist John Quiggin pointed out in a recent column, the property rights wing of libertarianism (that Act represents) has done its dash. Until recently, Act might have continued to have some use as a meekly querulous wing of the National Party. Not any longer. Because Act imported most of its policies (charter schools, three strikes etc) second hand from the US, we all should have seen that Seymour’s demise at the 2017 election had already been foreshadowed by the failure of libertarian candidate Gary Johnson, during last year’s US election. As Quiggin says:

Electorally, there could scarcely have been a better chance for a propertarian candidate, yet Johnson pulled in just 3 per cent of the vote. Since the election, propertarians have either embraced Trump (notably Rand Paul) or maintained their standard position as mildly dissident members of the Republican base.

Not much a future in that. As Quiggin says, nothing substantial remains of market liberalism – “either as an important political force or as an set of ideas that deserve attention and engagement.” In the age of Ardern, this is one ’80s revival we can do without.

During the Clark era, Labour’s economic policy was in the hands of local believers in Tony Blair’s Third Way version of neo-liberalism – which retained market imperatives, while leavening them with lashings of social liberalism and a sprinkling of social spending. One insider from that era (Grant Robertson) is the new Finance Minister in the Ardern government. Another veteran (David Parker) holds the trio of economic development, environment and trade portfolios. Any substantial change initiatives will need to pass to and fro, through their hands.

Next week, Parker faces an interesting early test of his intentions/negotiating skills at the next TPP 11 round of talks in Chiba, Tokyo. The Ardern government wants to amend the previous text to enable a sovereign NZ government to ban foreigners from buying up existing houses and infrastructure. The New Zealand mainstream media has been depicting this as a radical, unrealistic demand that could – goodness gracious! – upset the entire trade applecart.

Get real. Next week in Chiba, many, many elements of the original text are up for grabs. Since Donald Trump took the US out of the TPP, Vietnam has been trying to change the original TPP provisions on labour rights and intellectual property – which it had traded off in order to gain access to North American markets that it wilol no longer achieve. Vietnam will be seeking to backtrack in Chiba. Malaysia has similar concerns, now that the TPP 11 (minus the US) offers it little in return for its prior concessions. Here’s how the Japanese press is foreshadowing the Chiba meeting:

“We basically want to reach a broad agreement at the leaders’ summit in November…we hope (next week’s meeting) will develop the discussion toward that point,” economic revitalization minister Toshimitsu Motegi, who is in charge of the TPP trade negotiations for Japan, said at a press conference…. The negotiators will be tasked with narrowing down about 50 requests for freezes to parts of the original agreement, centering on clauses introduced at the request of the United States.

Given there are these 50 changes – either freezes or amendments – that are under re-negotiation, the Ardern government’s request will be just another card on an already crowded table. Especially since Australia already has that same housing/land limitation in place, in its version of the text – which should mean that this agreed concession could readily be extended to New Zealand.

Ultimately, Japan will decide the outcome. From its inception as a major pact under Barack Obama, the TPP has been a diplomatic/security pact devised in order to isolate China, rather than a trade pact per se. During 2017, Japan has championed the TPP 11 in order to assert its diplomatic clout in the region. Now that Japanese PM Shinzo Abe has just won an election where his foreign policy (with respect to China and North Korea) was far more popular than his domestic policy, it will be interesting to see just how much domestic political capital Abe is willing to spend in opening up Japanese farm markets any further to foreign competition. So… if the TPP 11 fizzles out in the coming months, it won’t be because New Zealand has pulled the plug.

Footnote: Apparently David Parker will not be at the Chiba talks next week; only MFaT officials will. Parker will be making his international trade debut later, at APEC.

Apparently, the inclusion of the “mofo” epithet in St Vincent’s beautiful “New York” track means it can’t be played on National Radio. Well, here’s a lovely acoustic rendition of the same track, in which Annie Clark changes the offending term, to “suckers.”

For the best part of a decade, Merrill Garbus aka Tuneyards has been one of the most wittily inventive and challenging performers in popular music. Here’s her new single, Clearly, she’s lost none of her confrontational ability to amuse & bemuse: