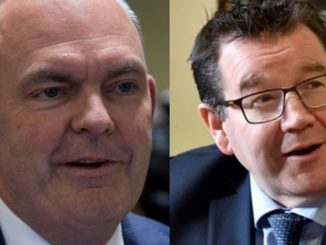 The phantom hole in the Labour books conjured up by Finance Minister Steven Joyce has been widely discredited, but facts were never all that relevant to Joyce. What mattered was feeding the myth that (a) National are the only reliable managers of the economy, and (b) Labour’s good intentions will only lead the nation to rack and ruin. Goodness knows what awful things would happen if property speculators were ever taxed to the same degree that wage and salary earners are. The horror, the horror.

This myth of conservative competence is as widespread as it is unearned. In Australia, the same fable exists. It exists in Britain, too, with just as little evidence to back it up.

In the United States, even Forbes business magazine has reported that the US economy actually does better under the Democrats. (Even so, Donald Trump keeps on citing his business experience as a badge of his competence, so we know what that’s worth.) That’s why Grant Robertson can point to the surpluses run under the Clark government, and the legacy of very low government debt that Michael Cullen left behind, which enabled New Zealand to ride out the worst of the Global Financial Crisis.

But who cares about facts. Not Joyce. It would seem that Joyce has fantasised before about finding holes in Labour’s budgeting. Here’s Vernon Small tabulating Joyce’s track record of lies, in the Dom-Post ::

July 2011: Steven Joyce attacks Labour’s fiscal plan, saying it would leave a huge hole over the next 15 years and add $18.4 billion to debt.

Let’s just say that even before this week National campaign manager and finance spokesman Steven Joyce has form. By comparison with his attempts in 2011 and 2014 the “hole” he claimed to have found in Labour’s 2017 plan – $11.7b – was relatively small. His motivation is as clear as crystal: feed the view Labour is incompetent and that National is the only trusted steward of the nation’s books. But it was wrong, as numerous commentators and economists across the spectrum have concluded. Whether that will backfire on him, or simply be mud from the campaign trail that sticks to Labour remains to be seen…

Some of this mud will stick to Labour. It is a great diversion, too. Only a fortnight before Election Day, the campaign cverage is fixated on Labour’s policies, and not on National’s dismal delivery of gains to ordinary wage and salary earners from a GDP that’s been pumped up by factors for which National can scarcely claim credit eg. immigration, global commodity prices and the Christchurch rebuild.

Unfortunately, there is another belief feeding into Joyce’s narrative. Throughout the neo-liberal era, the parallel myth has been promoted that since all governments are supposedly incompetent, any attempt by the state to deal with social problems (or promote economic growth) is bound to fail, so why bother to try? According to this worldview, governments should just get out of the way of the market, or merely grease its wheels and let privilege run its course.

As a result, National’s “let it be” approach to social problems and economic planning is entirely consistent with this sense of defeatism and inertia. Can Labour, or anyone else, really hope to do any better? The threat to National posed by Jacinda Ardern is that she seems able to convince voters otherwise, and to inspire them to shrug off their pessimism. Bring on Steven Joyce!

Talking of convenient myths, a lot of New Zealanders still believe that Helen Clark missed out on the top job at the UN simply because she is a strong woman. It’s a comforting theory. True, like many global organisations – the IMF, the World Bank, the WTO etc – the United Nations is structurally marred by its entrenched discrimination against women. Yet it is still quite a stretch to claim that this was the (only) reason why Clark didn’t become UN Secretary General last year – as the documentary My Year With Helen would have it.

There is an additional explanation. The guy who got the job – Portugal’s Antonio Guterres – has a strong background in human rights work. He was UN High commissioner for Refugees for ten years during some of this century’s worst refugee crises. He is also a former Prime Minister of his country and as such, was heavily involved in resolving the international crisis over East Timor. Guterres was an extremely able option.

Helen Clark headed the UN Development Programme ably for two four year terms. In 2016, Clark was at the centre of a UN furore to do with UNDP’s handling of human rights issues in Sri Lanka, and the way that UNDP allegedly soft-pedaled human rights issues in order to gain access for its development programmes. To be fair, there’s always a dilemma for UNDP when dealing with authoritarian regimes. Should you ringingly denounce their abuses, if that torpedoes UNDP’s ability to work in those countries at all?

In Clark’s case, the controversy arose over the handling of the Petrie Report – conducted by respected diplomat Charles Petrie – into post civil war human rights conditions in Sri Lanka, a report critical of UNDP’s relative acquiescence. Lena Sinha, the UNDP official instructed to co-operate with the authors of the Petrie Report, was then allegedly blamed and blacklisted by Clark and her top managers for doing so. According to the highly respected and award winning UN reporter Colum Lynch in Foreign Policy magazine, here’s the gist of what happened.

Charles Petrie — a veteran U.N. player who once worked for UNDP — characterized UNDP’s treatment of Sinha in an email to FP as “an extraordinary demonstration of vindictiveness and abuse of authority. “At the time I thought the whole approach was extraordinarily stupid,” he added. UNDP, he noted, was in the midst of launching a management reform that would result in scores of job cuts. “They could have discreetly terminated her contract a few months later as part of the reform. But I wasn’t surprised by the way Lena was treated. It fits a very familiar pattern.”

Petrie said it was his “understanding that the message conveyed to Lena, of never being able to find work with UNDP, followed a senior management meeting with Helen Clark.”

According to Clark, the Foreign Policy article was “totally fabricated”, as were the allegations in the Petrie Report.

This, as I reported last year, seems rather surprising, given Lynch’s stellar career at the Washington Post, NPR, and BBC, among others. My report on the Petrie/Sinha controversy can be found here.

Do we know whether this issue, fairly or not, undermined Clark’s candidacy? No. But it didn’t help it. Lena Sinha, judging by her Facebook page, still lives in New York. Her profile says: “Worked at United Nations”. Past tense, relevant.

As Hurricane Irma wreaks havoc and misery on the people of the Caribbean, this song deals with an earlier destructive storm called Gilbert, which hit Jamaica and the surrounding region in 1988. Such a great song and happily improvised video… It brings to life all the cliches about the human spirit being irrepressible, even in the face of calamity. Check out the verse about ‘looting.’

Talking about looting… These images from the Hurricane Katrina reporting are worth keeping in mind, before Irma weakens and makes land in Florida on the weekend. The media message tends to be – white people find things in the wake of storms, but black people loot. 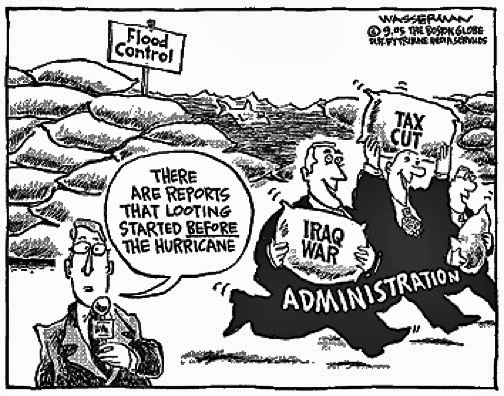 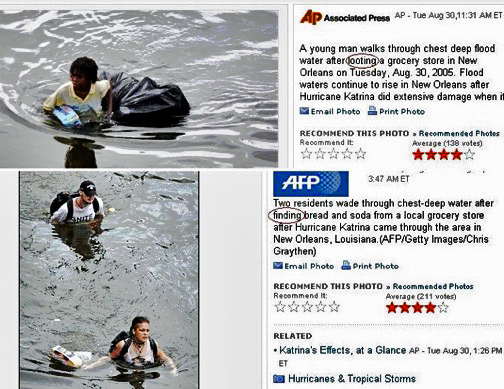