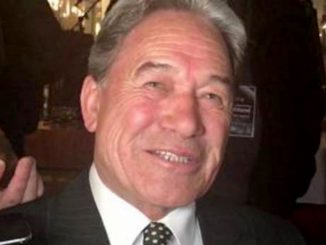 A government led by Bill English and Winston Peters would be a more conservative one – particularly on social issues – than any we experienced during the Key years. If, say, Peters’ oft repeated call for a referendum on the Maori seats becomes a condition of coalition formation, there would be a racially divisive prelude to the ballot likely to resurrect all the redneck arguments raised by Don Brash, back in the mid 2000s. Given that the Maori seats are now all held by Labour, National would have absolutely no motive for showing restraint about such a process.

That kind of scenario suggests why a Labour/New Zealand/Green coalition might be more preferable, but is also more unlikely. National’s ten point margin on election night gives it a moral edge in forming a government, whatever the technical business of forming a majority under MPP might otherwise suggest. National also has less political capital to lose by making concessions to Peters on matters like Cabinet appointments and policy detail.

By contrast, Jacinda Ardern’s brand could well suffer permanent damage if she was seen to be conceding too much ground to Peters’ demands, merely to gain power. It is, for example, really difficult to imagine Labour granting Peters’ wish for that Maori seats referendum. That would require Labour to run against its own ally in government – whereas in Opposition, such an issue could well underline and revitalize Labour’s fresh commitment to Maoridom.

The poll on the Maori seats would not be the only concession to conservatism. To woo Peters, we will be putting up the immigration shutters to the outside world. Older voters also seem far more likely to benefit from a English/Peters led government, at the expense of the young. Policies to address climate change, for example, barely featured in the campaign debates – and therefore, a “business as usual” approach by a National/NZF government would continue to ignore this threat to future generations. Basically, it is hard to see the trajectory of greenhouse gas emissions from transport or agriculture – or river pollution – being seriously tackled under any government led by English and Peters.

Such are the fruits of what has been a highly divisive election campaign, in which National intentionally stoked rural resentment of those liberal, know nothing townies – a pattern that the party vote duly reflected, and not only in the rural heartland, either. Crucially, National’s fabrications about Labour’s tax intentions (and their alleged impact) found a receptive audience in suburban Auckland as well as in rural/provincial New Zealand:

If the swing to Labour away from National… in other parts of New Zealand had been mirrored in more of Auckland, a change of government would be looking more likely right now… all 10 of the electorates nationwide in which support for National increased by more than two points, were in Auckland.

Yet significantly, NOT in central Auckland. Ultimately, the biggest party vote gains made by Labour were registered not just in the Maori seats, but in the likes of Auckland Central, Wellington Central and Christchurch Central:

In contrast to Auckland, all five of the Christchurch seats ad the two Dunedin seats have been fertile ground for growing Labour support at the expense of National, and mot just the minor parties. It seems there is slightly more of a mood for change in the southern cities.

In other words, the election outcome has gone against the desire for change that’s evident in metropolitan New Zealand, and among younger voters. So there’s been a triumph of the old and the rural/provincial/surburban resentful; and in that respect, election 2017 bears striking parallels to Brexit and Trump, much as we may like to think that we’re an exception.

In effect, National’s trifecta of lies about Labour’s tax proposals – the non-existent fiscal “hole”, the fear mongering about phantom income tax changes, the exaggerated impact of the water tax – served as the local equivalent of Hillary Clinton’s emails. Similarly, the tax allegations became a sideshow that soaked up all the available media oxygen, and deflected attention from National’s dismal track record (eg on housing, public health, education, mental health, river pollution student debt and climate change) and its intentions for the future. To the point where most voters would be hard pressed to name a single item on the agenda that National plans to pursue during its fourth term in office, beyond a vague sense of more of the same.

The current expectation is that English and Peters will find more in common – and be more readily able to rationalize the outcome as the public’s wish – than the Labour/NZF/Greens arrangement that MMP does still allow. True, Labour probably cannot decline to pursue to form a government, if such a chance realistically exists. The problems that National has been either inept or disinterested in addressing demand Labour to attempt a rescue mission. Yet if the negotiations involve Labour conceding too much to Peters, the solutions will be impossible to implement anyway – and the attempt would discredit everyone involved.

In other words, there could be beneficial outcomes for the centre left in watching English and Peters attempt to govern and fighting its initiatives tooth and nail. In the interim, Ardern can take personal consolation from her efforts. Like Jeremy Corbyn in Britain, she led a party 20 points behind the government only eight weeks ago, to within sight of power. She has also brought several high calibre candidates into Parliament, many of them women. In opposition, these new entrants would be part of a formidable centre-left bloc, as they learn the ropes for what, come 2020, would then be more than the one term government that a liaison with Peters would be likely to deliver.

The problems that National has managed to ignore thus far have not gone away. They will resurface soon enough. Treasury forecasts indicate this allegedly ‘strong’ economy may have peaked, even before it managed to deliver significant wage rises to most New Zealanders. Assuming Peters does lift National back into government, there will be plenty of opportunities for an Ardern-led opposition to challenge National’s claim to being a superior manager of the economy. It promises to be rough going from here, for the centre-right. Peters may have that likelihood in mind, already.

Footnote : Of all the media diversions during campaign 2017, the recurring call for the Greens to consider a coalition deal with National has had to be the most ridiculous. Usually, the call goes hand in hand with the equally brain-dead notion that the Greens should decide to become only an environmental party, and forget all this Commie social justice nonsense.

For starters: most of the Greens starkest conflicts with National are over the environmental issues, such as climate change, river pollution, intensive dairying etc. Plus, environmentalism is a social justice issue. The two can’t be separated. That’s one reason why every time in the past when there has been the merest hint of the Greens being open to serving as a blue/green figleaf for a centre- right government, the Greens vote has gone south. Certainly, that happened over the last ten days of the 2014 campaign, in the wake of an ill-judged comment about the National option, by the then male co-leader Russel Norman.

Finally… what exactly do the advocates of a Greens/National combo think that National would offer in return for inviting the Greens to commit electoral suicide? For instance, would a National government turn its back on irrigation-led intensive dairying and/or include agriculture in the emissions trading scheme, to accommodate the Greens? Hardly. In essence, National would be inviting the Greens to take all the risks, while it pocketed the gains from such an arrangement. It won’t happen, ever.

As the evening wore on and it became clear that National was going to be rewarded for its under-performance in government (what is this child poverty of which you speak?) and for its trail of campaign falsehoods… the entire centre-left was having the same reaction as Francine Fishpaw:

But then there’s this, which makes the case that at least there’s leadership now, out there. There’s hope in that new reality, given the battles to come.