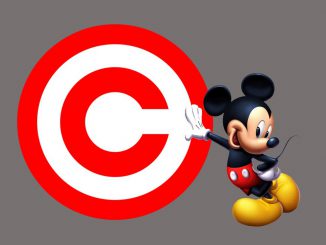 Supposedly, trade is war by other means, and the rationale for it seems just as empty-headed. Once again, the free trade = good mantra was taken as a patriotic given in this morning’s RNZ interview with Trade Minister Todd McClay. Apparently, the European Union – our third biggest export zone – says it wants to conclude a Free Trade Agreement with New Zealand by the end of 2019.

That timetable sounds unbelievably optimistic. It took the EU eight years (2009 -2017) to negotiate an FTA with Canada that still – on the eve of its provisional enactment – remains incomplete, because of unresolved arguments over key elements, such as how the trade disputes between the parties will be resolved. Similarly, the just-concluded EU trade deal with Japan took five years (from 2012–2017) and there too, both parties have been forced to set aside just how trade disputes will be resolved between them, if and when they arise.

That’s a question for McClay. When he is talking about the TPP (minus the US) deal, he still embraces the current and highly controversial investor state dispute settlement (ISDS) system. Yet this would be quite unacceptable to the EU which – for example, in its FTA with Vietnam – adopted its own, very different arbitration system, which closely resembles an open court, not a secret ISDS tribunal. Rulings are subject to appeal and a panel of judges not subject to capture by corporates sit on the bench. So which system will McClay be pursuing in the EU talks – the old, discredited ISDS system long criticized by TPP opponents and the EU alike, or the system being promoted by EU Trade Commissioner Cecilia Malmstrom?

And if it is the EU system, why won’t McClay insert that newer, better system into the current TPP ‘minus’ talks, or into the rewrite of the South Korean FTA that Labour has proposed? If this change was by mutual agreement, no fresh concessions of a trade/tariff nature would be required. It is a fallacy to assume that any change that we mooted would necessarily require fresh concessions on our part. The dispute mechanisms stand apart from tariff/access issues.

Currently, Labour’s desire to update the South Korea FTA is being pooh-poohed as evidence of how Labour just doesn’t understand (or support) how trade talks really work. Candidly, that’s utter bullshit. As indicated, the ISDS mechanisms could readily be changed by mutual agreement. In fact, given how many years we’ve been told that these deals are top notch, 21st century quality arrangements, maybe McClay should begin to walk the talk on this issue. Meaning: why are we clinging to an outmoded, divisive, patently inferior arbitration system that benefits corporations, at the expense of the sovereign rights of member nations? The EU deal offers us a high quality escape route on ISDS issues. Are we going to take it?

Moreover, if it is allegedly so impossible to re-negotiate anything at all in the South Korea deal, how does McClay plan to proceed in the context of the TPP, where Vietnam and Malaysia are treating the absence of the US as being highly significant to the concessions they previously made? To be consistent with his stance on our South Korea FTA, McClay will have to refuse to make concessions to either, or both, Malaysia and Vietnam. Is he willing to tell them that in public? Or is he merely kicking that problem into touch, in the hope the US might come back into the TPP, sometime in the future?

Ultimately, the “free trade = good” mantra simply doesn’t wash, not when national sovereignty is on the auction block. The research evidence is that the projected gains in jobs over the next 15 years from the TPP deal would be miniscule – even for US workers, let alone New Zealand ones – compared to the rights that are being given away. Despite the bluster by free trade advocates, a change of a couple of points in the exchange rate would achieve just as much for us as the TPP would deliver.

As the explosive growth in Australia’s trade with China in the 2000s also showed, the counter factual is that countries will successfully export to each other with or without these kind of deals. (The Australia/China FTA didn’t come into force until December 2015, long after the export boom began.) By and large, the giveaways to corporations that these deals contain are not about trade at all – tariffs are no longer their central element – but about securing market dominance. Corporate self interest is not a good reason for New Zealand to trade away our rights to legislate in our own best interests. Labour, at least, recognizes there is a problem here.

What does Winston Peters Want?

Get it straight. As this morning’s RNZ interview showed, Winston Peters may call for transparency from everyone else, but his own accountability must be treated as beyond question. Ummm… how much revenue would be lost under his plan to cut the corporate tax rate from 28 to 25 per cent? Who knows? Not Peters evidently, but he’s sure it would be revenue neutral or revenue positive, because of all the growth that would ensue. Yep, he’s peddling the same old snake oil medicine – that if you cut taxes on business, entrepreneurs will be free, free to cast off the shackles and generate growth.

Hate to rain on his parade, but cutting taxes doesn’t necessarily/commonly/hardly ever result in growth. Ronald Reagan saw deficits explode when he tried it. More recently in Kansas, cutting corporate taxes lead to a collapse in social services, not a libertarian nirvana. Conversely, when (a) Bill Clinton and (b) Barack Obama raised taxes, growth followed. Conclusion : there’s little or no causal connection between the two.

Still, the RNZ interview is grimly amusing, if only to make you wonder how the country survived having this guy as Finance Minister. One question from a heroic Guyon Espiner led to this hilarious existentially fraught response from Peters: “Define what you mean by what do I want?” Hmmm.

The Laneway line-up next January includes the Los Angles-based deejay/producer TOKiMONSTA, who recently survived a harrowing experience with a rare brain disease called Moyamoya…She has recounted her brush with death in an interview published on Pitchfork earlier this week.

Roughly translated, Moyamoya is Japanese for ‘puff of smoke ‘ and the term describes how brain scans depict the gradual constriction of the blood vessels in the brain that the disease brings in its wake…Two brain surgeries later ( the most recent in early 2016) and she’s back on deck though, and making music again. Here’s a cut from 2016 she created with Anderson Paak, who’s also set to appear at Laneway next year…