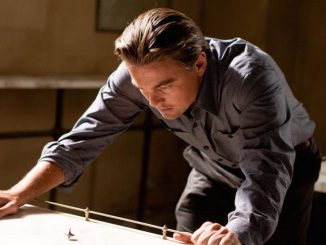 On a personal level, I was really looking forward to this election.

It was exactly what I’ve been waiting for: a chance to prove who was really responsible for those resounding victories. To show everyone what we can achieve unencumbered by a leader some saw as charming but a bit shallow. To prove that the real power behind the National Party’s dominance has been the policies. The policies, and the genius-level political communications.

And it’s a chance to really work the record of what nine years of National-led government has done to improve the country for everyone. Or will do. It’s bound to start kicking in soon. Another three years, maybe six. Thirty-three years, tops. You don’t want to risk that, do you?

We’ve got a proper leader this time, with a reputation for being serious and evidence-based. Especially if the evidence is about what sort of random punitive justice or benefit policy usually gets bastards to vote for you come election time.

So a big part of our communications plan is: assuming the things we say we’re doing about the problems that are getting worse under our watch and we only just admitted exist – poverty and housing and so on – are definitely working, and that any other approach would clearly somehow be worse. We’re even seeing real action to reduce New Zealand’s carbon emissions, if you count spilling a bunch of jet fuel all over the place as action.

And, of course, we’ve been deploying the New Zealand National Party’s greatest electoral asset: mentioning the economy. We don’t even have say anything very specific about the economy – if we did people might actually look at the details and realise that economic-guru reputation isn’t based on any evidence. So we just say something like “and then of course there’s the economy” and everyone nods their heads thoughfully.

I mean we can even tell easily-disproved lies about the other side’s budgeting and not get in serious trouble. Some people even buy it. I mean, I didn’t quite believe that would work myself. You know that thing where media commentators call a scandal and refuse to talk about anything except why you should resign until you do? I thought something like that might happen. But Steven was like “you watch” and off he went.

That’s confidence. If you’ve got confidence, you can steer the debate so it’s about whether people will pay more tax rather than noticing how every public service appears to be collapsing due to mismangment and underfunding.

I always say the government books are like running a household budget. I always say that because people seem to like hearing it, not because it’s true. Obviously it isn’t, unless your household generates most of its income from within the household and you can print you own money and consistently make a profit borrowing to invest.

On the other hand, in my own house the windows blew in and the roof leaks, but I can keep warm burrowing a hole in the pile of money I’ve saved by deferring maintenance. So the metaphor partly holds up.

And then of course there’s the roads. Nothing says ‘business as usual, but slightly more so’ than a bunch of fresh new lanes of traffic. Basically we’re promising to put a highway between everyone and the nearest voting booth. Just as well we’re so good at managing the government books otherwise people might start to wonder if spending all that money is a bright idea.

Whereas she hasn’t really proposed any roads at all, as far as I can tell. You call that governing?

By all reasonable standard we should be romping home.

I don’t see where it could possibly have gone wrong.