…and Okkervil River’s Will Sheff obsesses about a soul classic 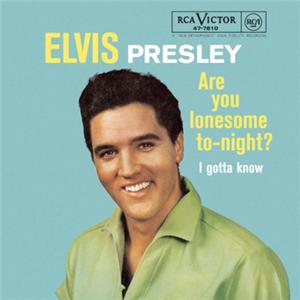 CD reviews tend to be consumer guides, a few paragraphs that boil the music down to a buy/don’t buy advisory note. At The Complicatist, we’re pointed in the opposite direction. Each month, this column will be featuring a song or album that’s as complicated as anyone cares to make it be.

The rarest art criticism is the kind that changes the way you hear or read a piece of art, forever. Daniel Wolff’s essay about the Elvis Presley song ‘Are You Lonesome Tonight’ was a case in point for me.

This was already an old, old song (written in 1926) even by the time that Presley got to it. These days, it is generally treated as a joke, particularly the spoken monologue. Wolff’s genius lay in treating ‘Are You Lonesome Tonight’ not as a love song, but as a vehicle that Presley was using to portray his own mixed feelings about his audience.

Seen in that light, it suddenly becomes a statement about the willing trade in illusions that go on between celebrities and their fans. More than a decade before David Bowie forced rock music to deal with its theatrical, self-reflexive aspects, Presley was, in this song at least, inviting singers and audience to regard themselves as performers on a stage, each with their fickle needs to satisfy.

The Presley version of ‘Are You Lonesome Tonight’ was recorded
at 4 am on April 4, 1960, just after Elvis had finished his two year stint in the Army, and just before he began to treat Hollywood as the most sensible way of prolonging his career. At the time, rock’n’roll still seemed like it could fizzle out as a transient fad. As Wolff points out, Frank Sinatra had recently used the movies to revive and extend his music career, and that seemed like a fairly sensible model for Presley to try and emulate.

At this watershed moment, Presley chose to record a song that discussed the restoration of a relationship, once the initial thrill had gone. In content and delivery, it is an amazingly intimate song. One of the paradoxes of celebrity is that it while it offers a sense of personal intimacy – he’s singing to me, and me alone – it does so on a massive scale. Your song is coming over a million bedroom radios, at once.

As Wolff explains, the opening lines of ‘Are You Lonesome Tonight’ pose a series of questions that address Presley’s connection with his audience, which the Army had just finished disrupting. (‘Are you lonesome tonight, do you miss me tonight / Are you sorry we’ve drifted apart…Do the chairs in your parlour seem empty and bare / do you gaze at the doorstep and picture me there ?..Shall I come back again ? etc etc)

Presley then follows through to the mutual need that causes any artist to strike a deal with their treacherous admirers. ( ‘Honey, you lied when you said you loved me / and I had no cause to doubt ….but I’d rather go on hearing your lies / than go on living without you..) Finally, it becomes possible that a relationship of sorts – with all of its inherent compromises – can be renewed, just so long as both parties know and accept the limits of the deal. So Elvis made a pact with his fans, and they kept their side of the bargain right up to his death and beyond.

I won’t try to paraphrase any further the argument that Wolff makes for this take on Presley, and for this reading of ‘Are You Lonesome Tonight.’ Safe to say, the essay achieves what it set out to do. It completely demolishes the notion of Elvis as a purely instinctive artist, a hillbilly natural who got seduced by Colonel Tom Parker and the lures of Hollywood. Which is of course the standard myth peddled by Peter Guralnick in his allegedly definitive biography, Careless Love.

Presley’s music, and the culture he represented, was never that simple. 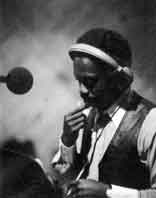 During May, Okkervil River played two gigs in New Zealand. The Austin, Texas band is shortly to release an album they recorded earlier this year, backing up the Texas legend Roky Eriksen, now 62 years of age but still a force to be reckoned with. ( You’re Gonna Miss Me, a film about Eriksen’s creativity amidst turbulent bouts of mental illness, was screened at film festivals here a couple of years ago.)

While visiting Wellington, lead singer Will Sheff voiced his own passing obsession with the 1974 soul track “Be Thankful For What You Got “ by William DeVaughn. There’s a good video of the song available here.

Sheff : “Superficially, its kinda like a Curtis Mayfield song. Its interesting because it predates a lot of rap attitude. But what I love about it is, the groove is amazing. The version I particularly like goes on for eight minutes. You don’t even notice. Its perfectly played. Has all this great jazz playing. What’s really interesting about it is that this guy, William DeVaughn is trying to take a Curtis Mayfield style, this magnanimous, Christiany kind of attitude. Stay away from the temptations, the bad things in life. But then he hits that line, the chorus, ‘Diamond in the back/sun-roof top/diggin the scene /with a gangster lean..’

And when he hits that line its like he gets stuck on it. Its like he’s suddenly stumbled across the one poetic part of the song. And the whole rest of the song, for the next five or six minutes ends up with him repeating that nursery rhyme style whine that evokes so much sense of wrongness and criminality and excitement, which contradicts all the hokey Curtis Mayfield stuff that he was trying to say.

So its like he gets seduced by his own song. I have become so obsessed by that song. Have you ever talked to a recovered drug addict who was really hard into drugs? Or to an alcoholic who’s dried out ? And you talk to them and they’ll get off on a tangent and start rhapsodically talking about drugs and about how much they LOVE drugs. Someone who’s been cleaned up for a while? It reminds me of that. Its so bad its so bad, its so good how bad it is….” – by Gordon Campbell