Bus Trip to the Summer of Loss 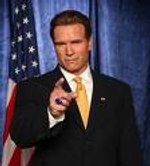 The grey-bearded guy sitting in the back row of seats has that indefinable look I’ve come to quickly recognize in my nearly ten years here in the San Francisco Bay Area. Ever since Prop 13—which allows changes to a one percent cap on the property tax rate in California only at the time a property changes hands—came into effect in 1978, cities, counties, and the state have had little option but to cut services, and mental health care was the hardest hit then and now. Thousands of people who would be better served by being in a care facility wander the streets all day. The lucky ones get into a homeless shelter at night.

I sit by him anyway as it’s the only empty seat on the bus and I’m one of those angel-guarded fools to whom compassion comes more readily than fear. Sure enough, he immediately reaches into the plastic shopping bag he has and pulls out two bottles of pills. He wants me to read what’s on the label and to open them for him. I read that his last name is the same as that of the first President of the United States and that the pills are to be taken before going to bed. Mindful that he might not remember taking them and that there might be someone who is responsible for his medication later that evening, I pretend I can’t get them open.

He also insists I read the printout that comes with all medicines and in small print under his name it says: Shoplifter. Banned from all Walgreens in East Oakland, CA. I ask where he lives. “Anywhere I can find,” he replies, then gets more and more agitated and incoherent, swearing so loudly that the bus driver yells out to him to keep his voice down. Sensing that my presence isn’t helping the situation, I push the bell and get out at the next stop. This is someone who needs trained help, but it’s unlikely he will ever get it.

Health and Social Services accounted for about a third of spending from the California General Fund in 2007-2008. Since 2003, when the state started going from having budget surpluses the size of many countries’ GDP to the multibillion-dollar deficits it has today, there have been continued cuts to programs and more are forecast over the coming months.

The stop I get off at is in Elmwood, a suburb on the borderline of Berkeley and Oakland. In the way cities in the US have of forming ethnic districts, Elmwood is pretty much a Jewish district. It blends into toney Rockridge at the point where the lampposts start being painted Oakland green instead of Berkeley brown. The single-storey shops are a blend of high-end fashion, delis, restaurants, children’s and book stores, and pricey gift shops.

Over the past couple of months, this stretch of College Avenue has begun to show that the financial meltdown is being felt even in comfortable suburbs. Where once there were no For Lease signs, they’re now in about every tenth storefront. No stores; no sales tax for the California coffers. And cash-strapped cities and counties—which also impose sales taxes—face budget shortfalls of their own. Once, they could turn to the state for help. No more. It is even uncertain whether the state can reimburse counties the cost of holding the May 19 special election, something it is obliged to do.

At the bus stop where I catch my second bus, I get talking to someone I know works in the advertising side of a large metropolitan newspaper. He had told me a couple of months back that besides the job cuts that had started a year before, the remaining staff—including the editorial staff—had just been required to a week’s unpaid leave sometime during the month.

“Are you still having to take a furlough,” I ask. “No,” he replies, “that only lasted one month. They’re laying off staff again, and I finish there in three weeks’ time.” He says he’s not too worried, as he was working for a temp agency anyway, but we both know that even temp contracts are hard to come by these days. And the fewer people working, the less payroll taxes the state can collect and the more unemployment insurance it must pay out. The state itself, along with many cities and counties, now require staff to take several unpaid days off each month. Furloughs will soon be required of employees even of California’s sacred cow, its higher education system.

In a caustic press release on May 27, the President of the University of California didn’t mince any words:

California might have trouble marketing its bonds in the current fiscal crisis, but UC has a AA1/AA rating. The state budget may have fallen over a cliff, but UC has managed its resources prudently in a tough environment. It has been able to preserve its world class status — a thrumming engine of educational opportunity, scientific advance and economic stimulus — even as it has absorbed a steady onslaught of cuts dictated from Sacramento.

About ten percent of General Fund spending went to Higher Education in 2007-2008. Just like in other sectors, ever since 2003, the University of California and the California State University system have had their budgets cut every year, forcing hikes in tuition fees, layoffs, and hiring freezes. It’s difficult see where else they can trim and still fulfill their constitutional mandate. (California is one of only ten states in the US which guarantees in its constitution a right for its citizens to have a low-cost public education at a university.)

The second bus takes me past Oakland High School and several public middle schools. Kindergarten through 12th grade—or K-12, as this stage of education is called–makes up the largest slice of the budget spending pie, coming in at about 40 percent in 2007-2008. Proposition 98, which was passed in 1988. establishes a minimum annual funding level to support K–14 education. (The extra two years are for community colleges, which provide vocational training and two-year degrees that are often transferable to the other state systems.)

However, there are three different formulas that can be used to decide what the annual minimum will be. If you want to get into the nitty-gritty of how those different formulas have been applied, the Legislative Analyst’s Office devotes a whole chapter to it in his analysis of the 2009-2010 budget. It reads like the ‘Sleight of Hand’ chapter of The Magician’s Handbook. The LAO webpage also talks about the budget shortfall’s effects on transportation, criminal justice, public safety, and the environment.

Where to next? Governor Schwarzenegger, when asked at a press conference in Washington DC on May 20 about being a 0/2 loser in the special elections he has called, replied that he now thinks special elections are a bad idea:

Because the majority of people that came up to me didn’t complain so much about certain issues, they just said, “Why are you bothering me again? I’m busy. You take care of it. You guys were sent to Sacramento to take care of those problems. Don’t come to us. I’m angry, I’m upset. And sure don’t come to us for more money.”

So that was another thing that Gov Schwarzenegger made very clear. “We have to go and sell off our motorcycles and our boats and our cars, second cars and shrink and to have yard sales and garage sales in order to make ends meet. You do the same thing with government. Don’t come to us for extra help.”

Well, give Bozo the Clown an Exploding Cigar Award! He could have found that out BEFORE he wasted the people’s money and time.

California’s nearly 100-year-old experiment in direct democracy—putting propositions on the ballot either by the people gathering sufficient signatures, or by two-thirds of the legislature voting to do so—has come once again to the point where people are beginning to call for a constitutional convention. The budget process has repeatedly forced California into the arms of moneylenders to cover its lack of cash until a budget gets the constitutionally mandated two-thirds majority to pass.

But as this year showed, even when the legislature gets that majority, the Governor can—and did—just veto it. Perhaps he believes in Magic Astrological Wizard Bonds. But I mustn’t jest, right? These are serious matters. California is going down the crapper faster than you can say Summer of Loss—lost jobs, lost sales tax revenue, lost services for the poor, sick, and elderly, lost opportunities for kids graduating from college, lost homes, lost pension funds, lost golden years of retirement because you’ll have to keep on working until you’re 75, keeping graduating kids out of jobs and turning them into the lost generation.

[To understand the numbers involved in the State of California’s current fiscal woes, I recommend looking at the Overview of the State Budget that was prepared by the Legislative Analyst’s Office for the Official Voter Guide for the May 19 Special Election. It’s available on the Secretary of State’s webpage here. If you want to try your hand at balancing the state’s budget, try the 2009 California Budget Challenge (Flash required) here. To see morning-after reactions from various interest groups, see here. And for the historical background and analysis of California’s ballot initiative process, download “Democracy by Initiative: Shaping California’s Fourth Branch of Government” here.] – by Rosalea Barker

Rosalea Barker is a long time Scoop columnist and journalist based in Oakland, California.